January 21, 2016
Hillbilly is old, tired and slowly oozing across the frozen NH ground. 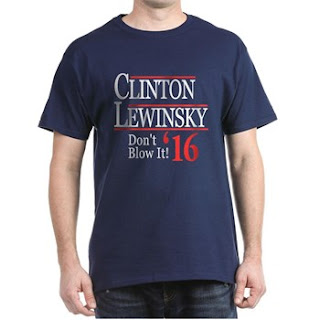 "leave no smear behind" - immortal words from The Great Stainmaker himself. And though I've covered it all before in a definitive posting illuminating the heart of the matter it needs to be said one more time that Bill and Hillary had no business being in the White House in the 90's and they certainly don't deserve to get handed the keys a second time. The two of them are fabulists and film flam artists who've bounced their way to the top of the heap in a political party full of second string flakes lead by erudite internationalists and programed golden children. They buy this "distract, divide, and demonize" clap-trap at full price and wear it home where they stomp their feet in indignation and scream at their TVs while writing a letter to the editor or, dare I suggest, write a blog post to vent their anger. As Mark Halperin notes, it never gets old - He's been saying the same thing since 1992 (1992!!! people, wake up). What kind of cloth or towel must one use to wipe up a smear this long and messy?