The days of sticking a wad of bills in your pocket are coming to a close - in an ISO twenty-oh-2-2 world cash will be an archeological novelty from the pre-global order. It's not easy to understand and nobody really reports on it but the lingua franca of financial transactions will change the world and the way citizens of every nation relate to their government and money (or what used to be called money). I'm not a big New World Order fan and place little faith in International bodies like the United Nations but the International Organization for Standardization (ISO), located in the happiest country on earth, is one group that gets it done - behind the scenes with little notice. For those who want to eliminate money because it's a scam, evil and unnecessary ISO 20022 is the answer to your prayers (if you pray) and it helps with practical business problems too. Companies like C24 have already built a business around ISO 20022 - why?


By leveraging a common language, or reference data model such as ISO 20022, firms can vastly improve the quality of information sent between payments, securities and internal systems. Business transactions based on the ISO 20022 standard increase the reach of firms to more customers in more locations with less concern for national boundaries and local legacy standards. This is about differentiation and survival in a larger much more competitive and standardized global market. ISO 20022 will also force consolidation in transaction flows and proprietary implementations will no longer be sustainable or acceptable. This was an objective of the European Union SEPA initiative and consolidation pressure in the EURO payments landscape is already evident.

Goodby fat stacks - it was great while it lasted but you're going to be turned into bits and bytes like everything else. 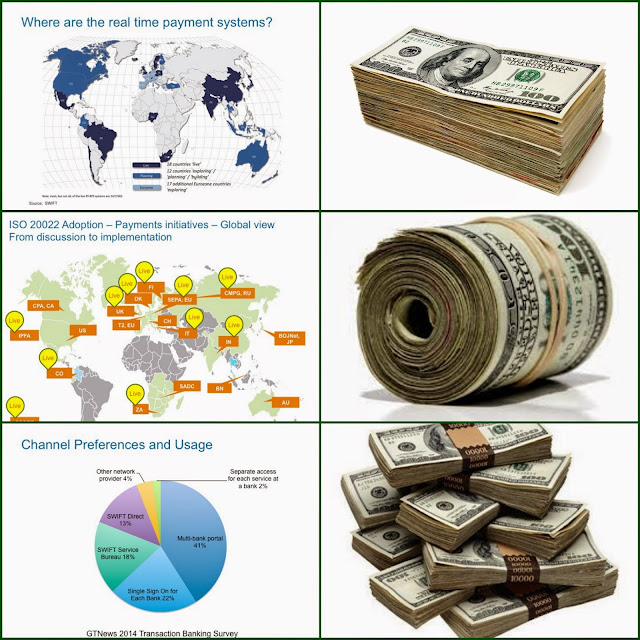