May 20, 2015
Logging in from South Africa I'm feeling pretty good. The weather is incredible, the food is great, the people are friendly and warm. I may not be as happy as when I'm leis'n in the happiest place in America, but I'm pretty happy. That's not the way the latest UN World Happiness Report portrays South Africa (to say nothing of Africa as a whole) but lets examine their 2015 results.

Edited by John F. Helliwell, Richard Layard, and Jeffrey Sachs (I know I make fun of names, but really) the WHR2015 takes a look at happiness with an eye toward sustainability. Published by the Sustainable Development Solutions Network based in NYC which was created by the UN in 2012 it's populated by a really happy group of people. As has been noted in previous WHR's critiques these folks like to be rich, have problems, live in western Europe, in the cold and dark with bicycles. Usually Denmark wins, Norway places and Switzerland shows while the USA makes the top 20 its neighbors Canada (#6) and Mexico (that's right, Mexico!!!) (#16) are considered happier. How a nation that is conceived and constitutionally dedicated to the pursuit of happiness can fall so far down the ladder is a mystery until you understand the goals of the WHR and it's editors.


"The most important underlying message (of the report) is to change the way people think," Helliwell told Al-Jazeera America. "We need to focus more on the quality of life and less on GDP."

The big surprise for 2015 was Switzerland taking the #1 spot in the happiness ranking - they must have imported some bicycles. But the map below also defines the un-happy lands of our world where it's warm and simple and folks just sit around doing nothing. Surly this doesn't make them un-happy, if it does they should take Helliwell's advise and "change the way they think." No, there must be something more to this un-happiness than warm sloth, but what could it be?... 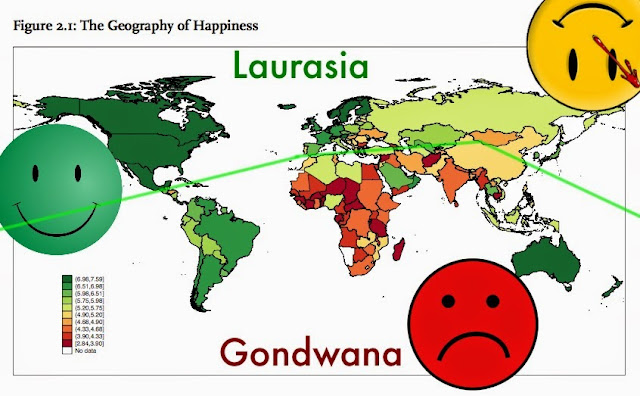 My personal theory for the cause of world wide unhappiness is French colonialism. I have often noticed that where the French once were unhappiness followed. Haiti, Côte d'Ivoire, Vietnam, New Orleans - the list is endless and it maps almost perfectly to the un-happiness regions of the WHR. I'll bet even happy Canada, if put under the Sustainable Development Solutions Network microscope would have deep red swaths of un-happiness in Quebec. I don't blame the French - My guess is that these places are unhappy because the French have left and gone home, and there is clearly some kind of pattern here - it's not all about money and healthy living - but searching the WHR I found no mention of it. 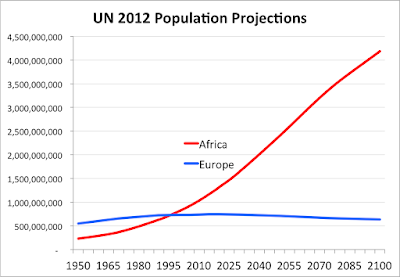 If I'm right it's time for France to embark on a national mission of global expansion and empire building because the world needs their beneficent influence now more than ever.  Take a look at the The World's Most Important Graph and you'll see that Un-happiness is on the rise and unless a certain chauvinistic people impose some cultural guidance I fear we'll all feel in our hearts that blue un-happiness of a world sans France.