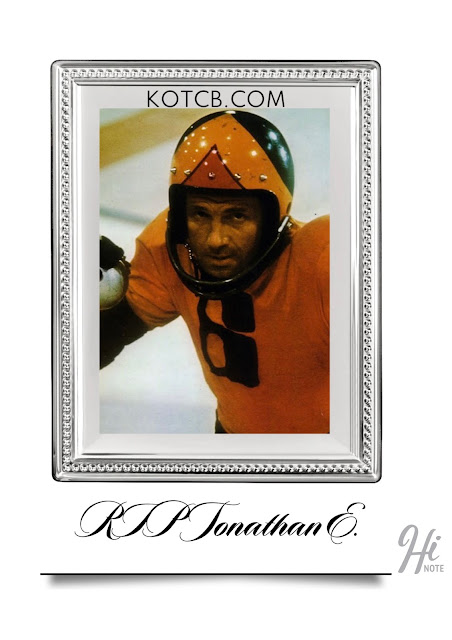 William Harrison was a prophetic writer of considerable learning and talent with an unflinching focus on the human condition and a shitlib sentimentality that secured a tenured academic seat at the University of Arkansas. This Razorback's contribution to American arts & letters is significant as a fine writer and storyteller and as a teacher to the many talented scribblers who attended the UofA Master of Fine Arts program. As is often the case with writers it is a throw away story or literary folly that captures the attention of some editor or producer and in Mr. Harrison's case that was a piece of futuristic fluff published in Esquire Magazine (1973) titled "The Rollerball Murders." The director Norman Jewison put it on celluloid and cast the great James Caan as the stories stoic hero Jonathan E. The screenplay, also written by Harrison, builds on the short story and creates a fully realized aesthetic of a dystopian future growing out of cultural (R)evolution fertilizer. Caan, the actor, is the perfect realization of this "man of another time" hero who in almost any other era of human history would have been a chieftain or lord, but in the modern world finds himself a clownish gladiator skating around a gigantic roulette wheel wearing an orange superhero uniform and killing people for the glory of cramming a 20 pound iron ball in a hole.

I'm an über-fan of the film and, as has been remarked in previous KOTCB Sci-fi film reviews, the "future" these writers conjure is always their present with lipstick and perfume covering the base reality - which is to say that the world had already slipped into Rollerball by 1975. So what I'm about to say is not a slight on Jewison, who I consider one of the great American directors, but simply my own daydream of bringing the first person Jonathan E. narrative into the cinematic experience because this is an important element of Harrison's original story that only gets expression in the film through Caan's tortured mumbling. There is, dear reader, and internal dialog running through Jonathan E.'s mind and it is pretty damn incredible to listen to - check it out:

It is wild to listen to a reading of The Rollerball Murders and hear Jonathan E. describe a world so reflective of the actual 2018 society the story was set in. My preference would be to start the film with a 30 minute voice over narration of this hero's journey with montages of scenes from the 1975 film and then, as the corporate anthem is being sung at the conclusion of his tale, bring it to the present day where playa's play and ho's get bitch-slapped and team physicians hand out Vicodin like jelly beans and owners are woke pussies. My Rollerball 2.0 would focus on the unfortunate death of Jonathan E. at the cold and removed hand of Mr. Bartholomew who tried to reason with his Rollerball star... tried to help him... tried to warn him...

Alas, the free man, the searcher, the divine soul, just wouldn't listen and continued to fight and win and live which might give the NPC's and Multivision couch loungers unsettling ideas about their own internal monolog (or lack thereof) and their human agency. In 1973 Bill Harrison could entreat his audience to believe in a defiant individual who contained within himself a fire of pride, hubris and contempt so hot that he could melt the oligarchs with his singular act of rebellion but that intoxicating time has faded away.  So, Jonathan E. must be cancelled or suicided to remove him form broad public consciousness because the warrior who breaks corporate/social rules is a mortal threat to the system and it's 50 year old "traditions" which are, in fact, a made up bullshit game.

Echelon Insights just published their June Verified Voter Omnibus – The 4 Quadrants of American Voters and I've helpfully overlayed their base results atop the KOTCB Political Compass. 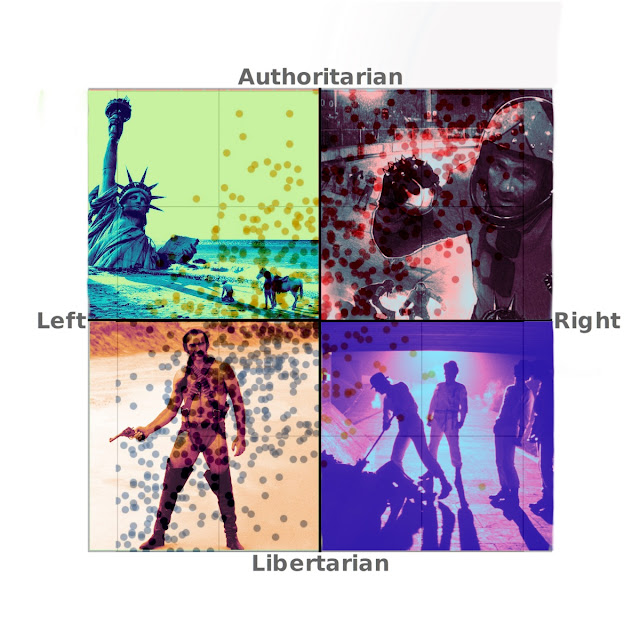 I guess it's nice to know where common folks stand on the broad political issues of the day but Echelon should focus their polling entirely on those Americans with a National Security Clearance because they are the only ones who matter in our post-Jonathan E. world. Question the 2.9 million individuals who signed up to undergo a robust security clearance process to ensure they are able and willing to safeguard the nation and its national security information and assets. Who cares what anyone else thinks about anything because all votes are compromised by fraud and, for the most part, the sheeple do what they are programmed to do by the TV and Social Media. We the People need to have some way of knowing who is running the nation and what policies the rulers of the USA intend to implement on their subjects. The politicians we "elect" are second rate thespians (at best) and even the Administrative State mouthpieces like Fauci or Military brass aren't the real thing. Who is running this country and what do they believe? 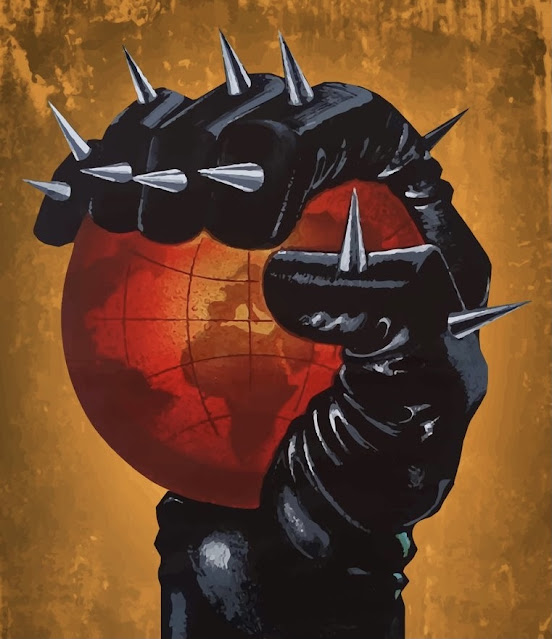