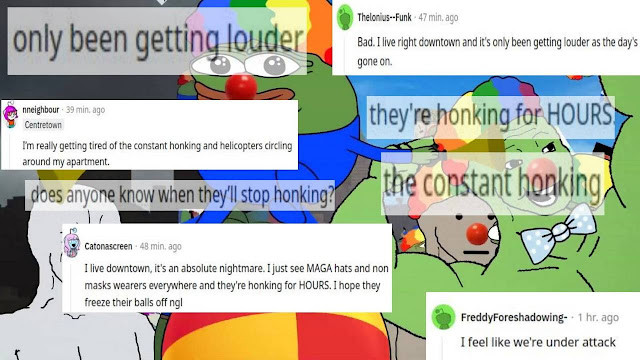 I'm an Aquarian and so are many of my favorite people so I send them birthday greetings this time of year and post humorous memes and video clips to their social media timelines because I care. I flippantly posted a comic piece of hippie nostalgia to one of my basest brothers Bday string as a Jo(((k)))e but when I viddy the sinny of "Hair" by Milos Forman I simply couldn't believe what I was seeing. This particular video is a mash-up of the films opening song "Aquarius" and the final number titled "Let The Sun Shine In" and it exposes the CIA psyop attack that was inflicted on America in the 1960's with shameless honesty. The real American insurrection occurred between 1963 and 1973 and is brilliantly chronicled in James Ellroy's Underworld USA Trilogy and victoriously documented in Forman's film adaptation of "Voloss" which ends with a mob of peaceniks swarming the White House and (symbolically) overthrowing the government. Why has Congress never created a Select Committee to investigate the coordinated attack on our from of government by the countries Intelligence Community? Oh, they did - it was the Church Committee (no, I'm not making that name up) and it was named after US Senator Frank Church who, as it happens, had lead the very insurrection that he was "investigating" since 1957 when he joined the World's Greatest Deliberative Body representing the state of Idaho. From his seat on the Senate Foreign Relations Committee he oversaw all the IC/DOD/DOJ shenanigans that he later dredged up and sanitized through his committee. All the revolutions, assassinations and coups had already occurred by 1975 and systems of control like Project MKUltra, Project Mockingbird and Project SHAMROCK were firmly in place. Mr. Church put the US Senate Committee seal of approval on Clown World and we've been living there ever since which explains everything leading up to the FAKE insurrection at the Capitol Building on 1/6.

I know that truth is stranger than fiction but in the examples cited above a diamond dog detective writer and musical theater kooks gave us a fiction that tells uncomfortable truths that can not be spoken. It's the power of art if you really think about it - truth telling that is - and that power will always escape whatever moral constraints or grand purpose the artist had in mind when he created it. So it will fall to some future painter or playwright or musician to tell the tale of our time because, it should be obvious to everyone by now, nobody can take the chance of telling the truth. Many people can't even think the truth.

J6 is shorthand for the DC "insurrection" that #FakeNews oracles ruminated about with incessant TV specials, podcasts, newspaper and magazine reports detailing the terror of what happened on that cold January day on Hamburger Hill. Even the KOTCB blog did a little write up to commemorate the event titled "Long Live The Insurrection" which admittedly gave a somewhat heterodox interpretation of the days events but that only validates my point about fear of speaking (or thinking) the truth. My interpretation of the events from January 6, 2021 should be widely known and freely debated by everyone in the media with no fear of reprisals or being "canceled" but that's not the way it is.

Example: There is this podcaster named Joe Rogan who's a 50 something year old pot head, comedian, MMA fighter who engages in 3+ hour long conversations with all kinds of people who have some far out ideas on various things. This dude has a large following of dedicated listeners in a key demographic so, for better or worse, he is an influencer and - as strange as this may seem - he controls the minds of 18 to 45 year old men in the same way Oprah controls the minds of suburban housewives. So if he has on some doctors who question the COVID-19 vaccine orthodoxy or run down Fauci and the NIH the guys who listen to the podcast might raise an eyebrow. If they listen to the interview of James Lindsay on 1/20 the truth, the horrible truth, might get out into the hive mind of the programmed pod people. Then on 1/25 Rogan interviewed the crazy Canadian professor Jordan Peterson and unleashed more truth upon the great unwashed and that's when the great Canadian insurrection started - Neil Young threatens to pull music from Spotify to protest Joe Rogan ‘misinformation' - and it shows no signs of stoping any time soon. The Chinavirus "misinformation" is hard for these statists to allow but the cultural misinformation from a Lindsay or a Peterson is intolerable. It won't be tolerated and there is no apology or COVID-19 warning label that will satisfy the intelligence agency that owns Neil Young. Tim Cook probably orchestrated the beef just to drive Boomer market share to Apple's music service (which I promptly canceled for myself) but the best laid plans can spin out of control in wonderful ways. 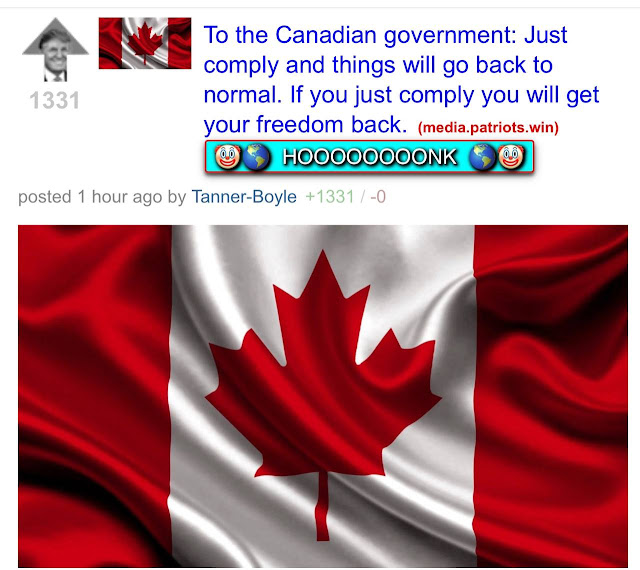 Someone should alert the #FakeNews scum because that headline describes an insurrection - a real one. There was never going to be an insurrection in the USA - Frank Church and his buddies in Washington DC made sure of that when they hardened the national security state and handed control of the country over to the Intelligence Community for safe keeping. Any organization that might contemplate a take over of the established order is infiltrated, monitored and neutralized long before they can make a move to seize power. Every narrative the Deep State tells is a lie. But Canada... is it possible that Canadian truckers fell through the cracks and pulled off this insurrection while the IC was preoccupied with other things? How could they have missed it?