Glory in the flower 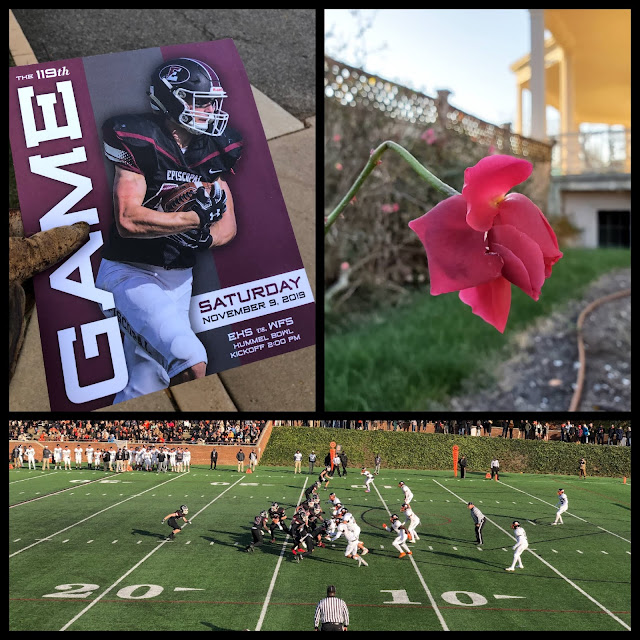 It's November and, as longtime readers of the KOTCB blog already know, that means the annual gridiron contest between Episcopal High School (AKA The High School) and Woodberry Forest School (AKA The Forest) was fought out a few weeks ago. This was year 119 and, being the odd year, the struggle took place in Alexandria at the imposing Hummel Bowl which was donated 50 years ago by an alum who credited the moral and academic training he received at EHS with much of his future success in the game of life. For graduates of these two institutions this is the only football game that really matters and there are countless hours of engagement, reminiscence and daydreaming spent on the Maroon vs. the Tigers battle which they call "The Game." No matter how good or bad the teams regular season has been up to the 2nd Saturday in November a victory or loss in "The Game" can salvage or destroy its standing.

This year my nephew suited up and ran the ball for 150 yards and a touchdown in a 20-16 win for The High School. Awsome! He actually scored a second TD but the fat-assed referee who made bad calls all day (against EHS) and kept the Tigers in the game robbed him of the points and marked the ball down on the 1 yard line (QB scored on the next play). It was beautiful to watch, as I did, from the stands surrounded by my family and friends while basking in the reflected glory this young warrior showered upon our blood and name. Truly a dream - a living dream for him and his father and grandfather - for all of us and it's a performance that will be remembered by anyone who saw it forever. Every aspiring human, from time to time, fantasizes about scoring a touchdown in the big game or winning some prestigious award or doing something valiant in the eyes of the wide world that they might feel the laurel wreath rest upon their heads. For most of us these thrilling imaginings are a comically pleasant diversion from ordinary lives filled with errands and to-do lists and mundane responsibilities but there are those select few who actually do it - they grab the Golden Fleece and rule.

There was a bittersweet note to the EHS victory because while our hero was burning the forest and devouring Tiger meat his Great-Grandmother lay on her deathbed on the far side of the Potomac River.

About one week after the game she passed on but that was enough time for all of her children, grandchildren and great-grandchildren to find their way to her house and say goodbye. Many wonderful things were said and done during that final week and at the funeral that followed. Sweet remembrances from a family who truly loved their matriarch around who their lives had spun like tiny planets circling a star. 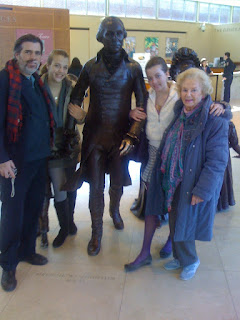 The first thing you need to know about her is that she was born on George Washington's birthday in the year 1918 so she lived for 101 years and even though she was only 5' 4" she looked like a female version of GW with her roman nose and piercing blue eyes. Like the General, she was a very competent administrator and this skill was put to good use in running her house(s), performing State duties as the wife of a US ambassador and managing her finances. The father of our country appreciated fine cloths, spirits, music and sport and so did she. She had that Washingtonian power of concentration which allowed her to focus her attention on a task and, because she possessed indomitable will, see it through to completion with her touch of excellence. The powerful and magnetic force of her soul attracted and pulled people toward her and when speaking to her she listened to every word with a discerning awareness and appreciation. She had a quick mind and lively sense of humor so she always "got the joke" and would laugh with an infectious glee which naturally attracted comic wits and raconteurs to her side. This ensured lively conversation and interesting companionship throughout her long life. 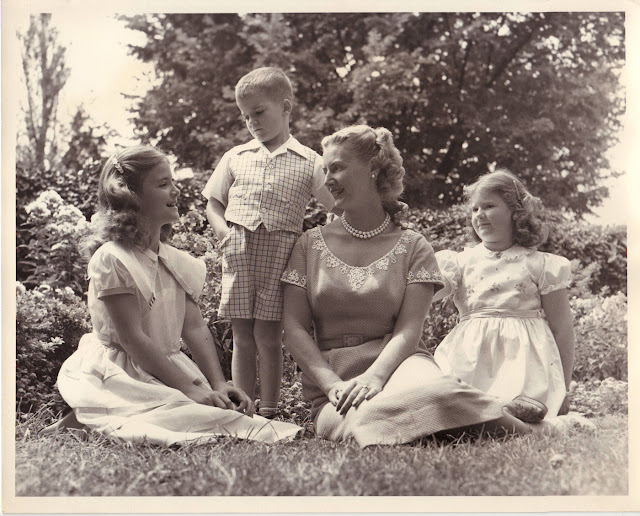 The details and timeline of her life are delineated in her obituary and various films, books and news articles written about her over the past 100 years. As everyone will tell you, she loved dogs, dancing, diamonds and dudes - in that order. Here are a few anecdotes you won't hear from anyone else: 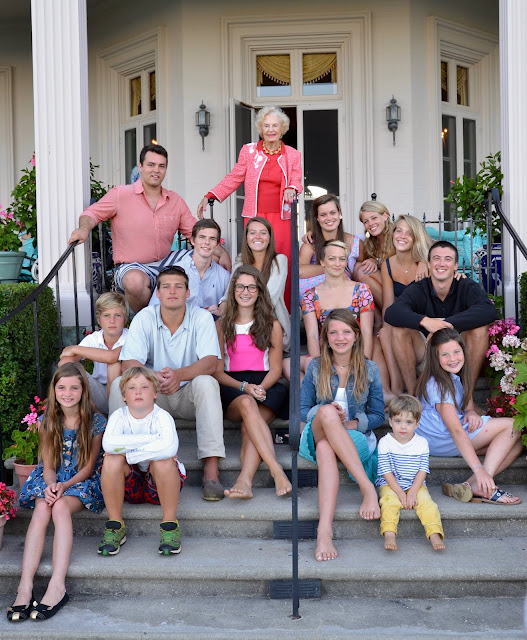 She was the most amoral person I've ever known by which I mean that she didn't get all hung up on a person's ethical shortcomings, sexual deviance or bitter, long stewing resentments. She was light hearted and welcomed everyone into her home no matter how poorly they had behaved last year (or even last week) and was always eager to hear the latest gossip and have a laugh. One is tempted to say that she had near Christlike powers of forgiveness, but to forgive you need to first make a judgement and rebuke the sinner which is a fateful step she never wanted to take. As you might imagine, this nonjudgemental state of mind attracted a crowd of horrid sinners to the sweet old dame like flies to honey but she just tended her garden, dropped a needle on some ancient vinyl disk and poured another scotch on the rocks. She was shrewd and watched how people behaved - not towards her because almosts everyone treated her like a craven sycophant or pompous toady - toward each other and then she would modify her behaviour accordingly to align and dovetail with their personality (or personality disorder as the case may be). And since everyone had an intimate and tailored relationship with her it was easy to play their confidence against themselves and watch the Almighty Judge cast his verdict. She would let a poor decision play itself out and allow the fool to suffer the consequences of his or her error while, at the same time, mitigating the damage done to innocent children, siblings and friends. From time to time she would drop a truth bomb and make a comment or observation diametrically at odds with some deeply held conviction espoused by one of the ass-kissers just to watch them choke it down while keeping a smile on their face (which they always did). She had it and they wanted it so a veiled insult which would engender month or years of recriminations if uttered by a brother or sister human would go down like butter if it fell from her painted lips.

I learned many lessons from her in life and one of those is that Life is for the Living. The Odes of poets tell me that death is not the end so I expect to keep on learning from her forever.

What though the radiance which was once so bright
Be now for ever taken from my sight,
Though nothing can bring back the hour
Of splendour in the grass, of glory in the flower;
We will grieve not, rather find
Strength in what remains behind;
In the primal sympathy
Which having been must ever be;
In the soothing thoughts that spring
Out of human suffering;
In the faith that looks through death,
In years that bring the philosophic mind.

And 0, ye Fountains, Meadows, Hills, and Groves,
Forebode not any severing of our loves!
Yet in my heart of hearts I feel your might;
I only have relinquish'd one delight
To live beneath your more habitual sway;
I love the brooks which down their channels fret
Even more than when I tripp'd lightly as they;
The innocent brightness of a new-born day
Is lovely yet;
The clouds that gather round the setting sun
Do take a sober colouring from an eye
That hath kept watch o'er man's mortality;
Another race hath been, and other palms are won.
Thanks to the human heart by which we live,
Thanks to its tenderness, its joys, and fears,
To me the meanest flower that blows can give
Thoughts that do often lie too deep for tears.