I could really use a wish right now 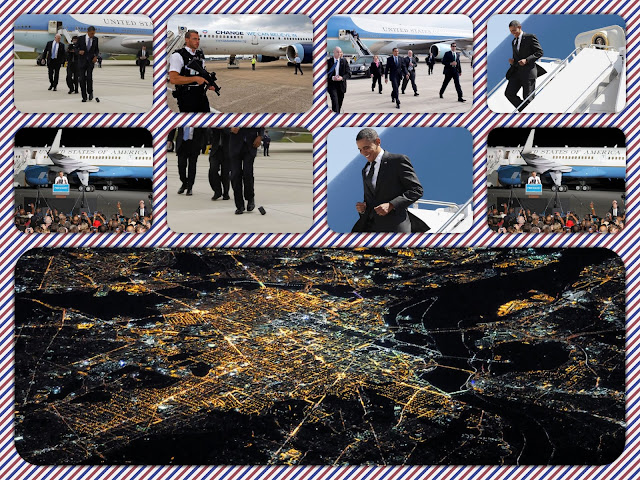 When it comes to pop songs that define the Obama era the exemplum optimi absoluta is B.o.B.'s soulful reflection on hip hop ascendancy titled "Airplanes" featuring vocals from Hayley Williams which describes the ennui of reaching the top and having nowhere else to go. When I listen to it I can imagine Barack singing the lines "There comes a time when you fade to the blackness/And when you're staring at the phone in your lap/And you hoping but them people never call you back" or "And when your plans unravel in the sand/What would you wish for, if you had one chance?" then Michelle leaning in to belt out the chorus: "Can we pretend that airplanes in the night sky are like shootin' stars/I could really use a wish right now, wish right now, wish right now"

"Yeah yeah somebody take me back to the days/Before this was a job before I got paid" because community organizing was actually fun "But nowadays we rapping to stay relevant." It kinda sucks being FBPOTUS (except for the awesome airplane) and now imagine what it must feel like to be a retired POTUS who's entire legacy has been erased by your successor in a short 18 months. Well, we all got a taste of that desolation last week when BHO took to the teleprompter and launched a few drone strikes on Trump, We the People, the "vacuum in our democracy" and cynical students. Basically the same ol' shit he always said back in the halcyon days of Hope and Change and it does reflect what was in it for HIM but what about the rest of us?


President Obama brings about a calm that does allow one to sleep; I slept great for 8 years while he was our leader.

About the same time that B.o.B was recording "Airplanes" a Portlandia band, Blitzen Trapper, released a song for the Obama age titled "Sleepytime in the Western World" which explores the soporific qualities of BHO's melodious baritone and how we all snoozed for 8 long years. As night follows day "'cause when the sun goes down/you're bound to follow through/sleeping through the afternoon/i just can't seem to leave my room" and when you sleep that long and hard then waking up is painful. Once awake it's hard for the red pilled masses to fall back into a restful slumber even if an AI is making up the words and sounds just like The One. You can only sleep for so long folks and while I am second to none in my love of sleeping I know that rousting myself from bed and getting stuff done is essential so that I might sleep in relative security once more.


What's striking about the song, in hindsight, is the prophetic bridge that falls near the end of the tune and seems to describe what waking from this long hibernation would look like. It's a woke nightmare for the sleepers with Twitter birds flying and crowds gathering and "speaking strangely" in the gathering storm.

i woke up on the street
so apprehensive, feeling weak
and as i finally tried to speak
twelve birds flew straightways from my mouth
and circled high above the sky
began to cry with kissing sounds
a crowd had gathered on the ground
all speaking strangely through their teeth
(yeah, through their teeth)
i felt alone and in my grief i spoke once more into the wind
a storm of birds contained therein began to spin
(began to spin)


Not that our slumber wasn't dearly needed because we'd lived through 16 years of terror in the previous two administrations and America need a rest. I was in NYC for both World Trade Center terrorist attacks - the first one was in 1993 during Bill Clinton's first term and the second one happened on 9/11/2001 during W's first term. The day I remember this time of year is 9/12 which is the day after the twin towers came crashing down and our world changed for the worse. That was the day when opportunity was lost, when authority circled the wagons and centralized their power even more despite the obvious risk. Airplanes are shooting stars but not every wish comes true. 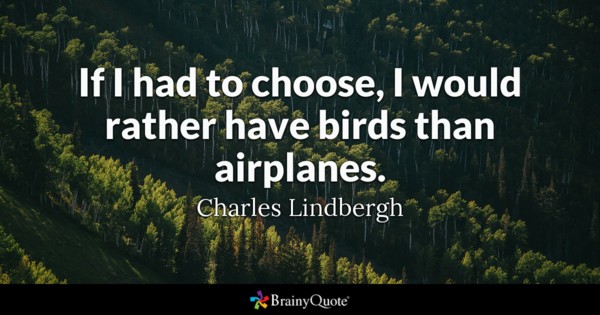