The Court of Public Opinion

July 25, 2018
Did you know that president Trump is accused of having an affair with this woman 10 years ago?

No, seriously, Trump had sex with Karen McDougal, or so it is claimed, A LOT over something like a 10 month long relationship in 2007 (W's 2nd term) and then in 2016, when she was looking around for a way to make an additional buck off of her adultery, Trump and his fixer Michael Cohen convinced David Pecker (great name) of National Enquirer to buy her story and spike it - which he did. McDougal extorts $100K+ from the Donald and goes on vacation while he goes to the White House. End of story, right? Nope, and that's because the #NeverTrump Wall Street Journal published  its "investigate report" on the transaction 4 days before the 2016 presidential election in a last gasp effort to ding The Elvis from Queens and win it for Hitlary. The Journal's scheme died but the story lives on and yesterday CNN "obtained" and broadcast a confidential conversation that Cohen recorded clandestinely with his client DJT on the subject of paying Karen's hush money.

Alan Dershowitz: "There's no crime here. Worst-case scenario, take everything Lanny Davis says as true. There's no crime. There's no impeachable offense. This is all about how @POTUS looks in the court of public opinion.” #CohenTapes pic.twitter.com/8pb85kBL20
— The Columbia Bugle 🇺🇸 (@ColumbiaBugle) July 25, 2018

"There is no crime here." You can say that again, because Karen McDougal isn't just a "Playboy model" (as the #FakeNews calls her) but she's the 1998 Playmate of the Year which means that of all the scantily clad woman to walk through Hugh Hefner's mansion door she was #1 and in Trump World having a shag with #1 is called Winning! I would love to see some Congressman (or woman) try to impeach a POTUS for having sex with Karen McDougal - are you kidding me? The manhood of America would erupt in righteous indignation because having sex with this woman is probably many things but one thing it is NOT is an impeachable offense. If this is about how Trump "looks in the court of public opinion" then I'd say he looks awesome because there aren't that many men who've bedded a Playmate of the Year - he has breathed the rarest of air and SHE wants to tell the world about it. STRONG.

"Don't get me wrong" this woman has had sex with thousands(?) of men and she "can definitely describe his (Trump's) junk perfectly" which is impressive by any measure so I have to wonder if she's not trying to sway public opinion in the presidents favor - is she testifying for the plaintiffs or the defense?

Not every woman appreciated The Donald's advances as much as Stormy and Karen - they didn't know what they were missing - but even his "harassment" accusers are of a certain type and that type is VERY attractive. 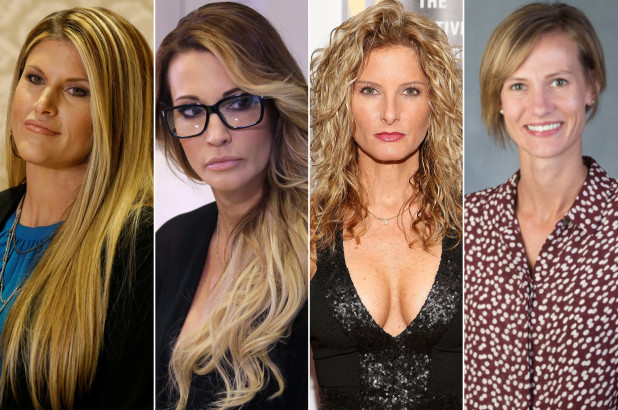 Thespian, TV star, adult film actress, receptionist - the fact of the matter is that 45 loves beautiful women. Just take a look at his three wives who are all beautiful women and must have seen something more than just the money in The Donald's pants to let him put a ring on it and go along for a ride. 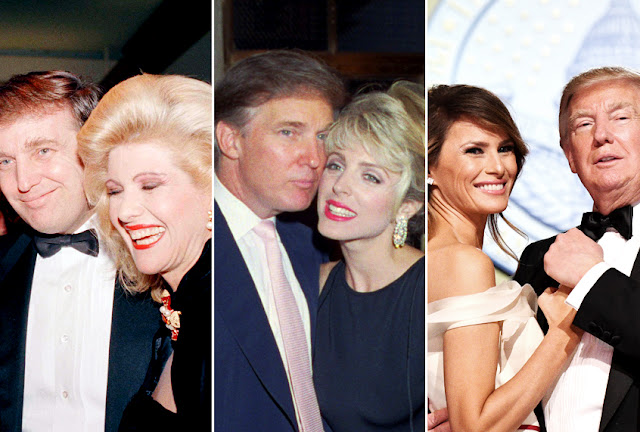 Count me as one of the 44% who approve and while the Democrats and their scribes in the #FakeNews media do what they can to distract the voters and bring Trump down I get the feeling that nothing is working. The jury is deadlocked and every argument the prosecution puts forward will backfire in ways they can't even understand. They don't understand America. They don't have the slightest idea why Trump won the election and why his popularity is rising month after month. In November 2018 the verdict will be handed down and the Court of Public Opinion will be adjourned. 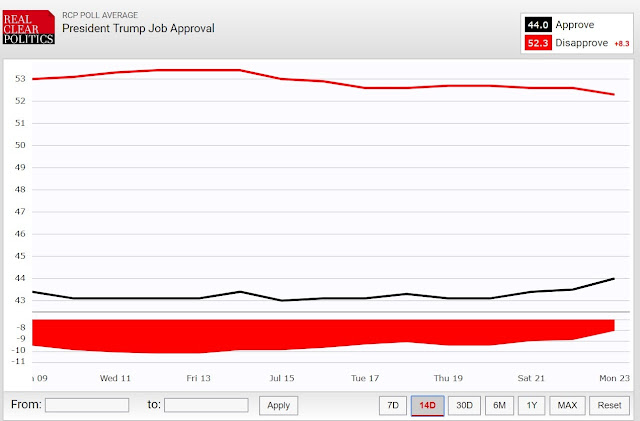