May 23, 2017
Eat your heart out on a plastic tray
You don't do what you want
Then you'll fade away
You won't find me working
Nine to five
It's too much fun a being alive
I'm using my feet for my human machine
You won't find me living for the screen
Are you lonely all your needs catered
You got your brains dehydrated

Problem, problem
Problem, the problem is you
What you gonna do

I was in the middle of a nice stake and potatoes dinner last night (caesar salad on the side) when the telly started squawking about Ariana Grande and exploding balloons and mass confusion. What is the Ariana Grande? I've got no frigg'n idea - is that what they call the civic arena in Manchester UK? My family laughed at me and explained that Ariana Grande is a huge pop star, actress and cultural icon very fashionable and worshiped by young girls (and the LGTB community) around the world. Not my demographic but hey, it's a free country and people can listen to whatever they like as far as I'm concerned. My daughters are older now and have outgrown the teenybopper garbage the music industry crams down their ears and eyes so why should I know who Ariana Grande is? It was my duty to take out last decades trash of Hillary Duff, Hana Montana/Miley Cyrus, Britney Spears, Lady Gaga, Pink, Ke$ha, etc. which I did with both lighthearted mocking and deadly earnest moral judgement much to the consternation of my deprogrammed offspring. Sitting in the car with your dad for an hour long drive while he deconstructs not just the lyrics of some stupid Top 40 song but the entire superstructure of the entertainment industry intent on turning young ladies into sexualized tarts with impulse control issues and a programed response to disparage chastity and humility is a bummer - but from a fathers point of view it works miracles and saves these impressionable teens from dancing their way into the abyss dressed only in a négligée with a lolly-pop in their mouth. The results of my tireless efforts have, thus far, been outstanding and I'm happy to report that my girls have become upright citizens who dress and behave appropriately while abstaining from the devilish and dehumanizing licencoiousness sold to them by Mad Ave. and Hollyweird. 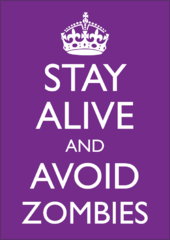 Having said that, as sick and twisted the persona of Ariana Grande appears to me (and in this regard I'm in complete alignment with the jihadists) I must draw the red line well short of mass murder terror attacks on teenage girls. Ariana Grande might be a problem . The entertainment industry that creates and promotes Ariana Grande (and many others like her) is certainly a problem. But blowing up "innocent" children who are swept along in the pop culture sewage stream of depravity and, without proper parental guidance, simply don't know they're swimming in feces is the definition of a problem. Way beyond wrong, terrible or incomprehensible and someone, somehow needs to put a definitive end to this terror because no society can function with the legitimate threat to its teenage girls of getting blown up. Shoot up an army base - OK, shoot up a government building - OK, shoot up a gay nightclub - OK but kill our future childbearing women - that's not OK. That requires swift, merciless, indiscriminate ass kicking and deportation on a mass scale to send a powerful and unambiguous message to the perpetrators of this terror and anyone even slightly sympathetic to its aims.

Our perimeter needs a perimeter

Watching the news today, I am dis-Mayed by the authorities response to this carnage.

Speaking outside Downing Street after chairing an emergency Cobra meeting, May said: “All acts of terrorism are cowardly attacks on innocent people, but this attack stands out for its appalling, sickening cowardice, deliberately targeting innocent, defenceless children and young people who should have been enjoying one of the most memorable nights of their lives.”
She said: “We struggle to comprehend the warped and twisted mind that sees a room packed with young children not as a scene to cherish but an opportunity for carnage.
“But we can continue to resolve to thwart such attacks in future, to take on and defeat the ideology that often fuels this violence. And if there turn out to be others responsible, to seek them out and bring them to justice.”


What you gonna do? Map it, install more cameras, perimeter security, beef up intelligence agencies,  stop the show... What are you going to do about the FACT that a warrior named Salman Ramadan Abedi just blew up your children?


Even before Abedi was named, several members of south Manchester’s Libyan community wondered whether the suicide bomber was one of their own: perhaps one of the young men who had fought in Libya during the 2011 revolution, some of whom came home traumatised and angry.
But none appear to have suspected that British-born Abedi – a slightly withdrawn, devout young man, always respectful to his elders – would become a mass murderer.
“Salman? I’m astonished by this,” one member of Manchester’s Libyan community told the Guardian. “He was such a quiet boy, always very respectful towards me. His brother Ismail is outgoing, but Salman was very quiet. He is such an unlikely person to have done this.”
Salman and his brother Ismail worshipped at Didsbury mosque, where their father, who is known as Abu Ismail within the community, is a well-known figure. “He used to do the five and call the adhan. He has an absolutely beautiful voice. And his boys learned the Qur’an by heart.
“Abu Ismail will be terribly distraught. He was always very confrontational with jihadi ideology, and this Isis thing isn’t even jihad, it’s criminality. The family will be devastated.”

As has been pointed out in previous KOTCB blog posts there is no way to stop these terror attacks because there is no way of knowing who will blow themselves up. There is no way to "combat this perversion of Islam" because the Islam in question is quite pure and unperverted as far as it goes - The perversion, such that it is, belongs to Ariana Grande and her handlers, promoters and sycophants who pollute western culture with an endless toilet flush of crap. Islamists will keep blowing up our daughters until they become modest and chaste and Islam WILL win because parents are not going to send their children to the slaughter for something so ephemeral and naughty as pop music. Saying “our values will prevail” and we “will not be cowed” doesn't cut it with the devout Muslim (or the devout any religion) because Ariana Grande does not represent "our values" and killing our children does, in fact, have us "cowed" - traumatized might be a better word for it. Taking decisive, unconventional and incomprehensible (uncivilized) action to eradicate and deport Muslim immigrants and citizens is the only remedy to this terror which, as it happens, would also serve as a long overdue "wake-up call" to the Ariana Grande wannabe's of this world. I'm not a Muslim hater (not by a long shot) and beyond having several muslim friends and a deep respect for the religion itself I simply don't consider Islam the problem. The various violent interpretations of Islam (all with scriptural support) and the license some true believers bestow upon themselves to take matters into their own hands is a problem and I encourage the existing governments of threatened countries to fix it because, if history is any guide, failure to do so will result in the native born majority mobs taking matters into their own hands just like the jihadi's do and when that happens you have much more than a problem. You have civil war and genocide which, believe it or not, does align with "our values" and has historical precedent so let's not go there this time.