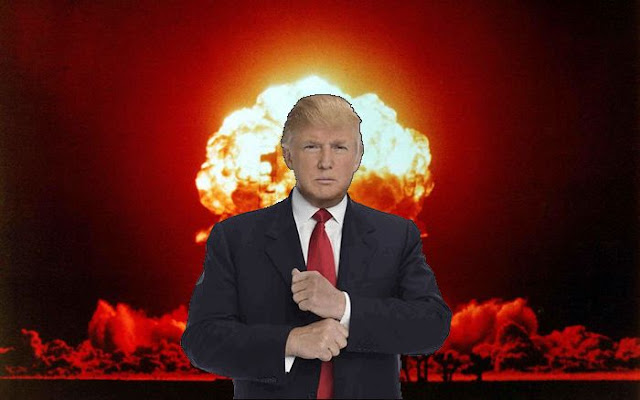 How low has President Obama gone to tapp my phones during the very sacred election process. This is Nixon/Watergate. Bad (or sick) guy!
— Donald J. Trump (@realDonaldTrump) March 4, 2017

That's when it dropped (Eastern Standard Time) and Trump launched from the comfort of his Mar-a-Lago palace in Palm Beach, FLA. The first thing to blow up was Twitter and the shock waves started spreading from there. I happened to be awake and started flipping through the cable news networks and searching the MSM news sites - crickets (except for Fox News) - total radio silence - like it never happened. I could only imagine the panic that was spreading throughout the news departments as they processed this information and tried to determine if it were true, how to respond, who to call for help. It was hours before they got their stories straight and came out saying something to the effect that FISA requests are not directed by the President and Trump shouldn't be talking about it anyway - nothing to see here, move along and look at the Russian story.

Sorry FAKE NEWS but it's not going to work that way this time. This is one tweet that will either destroy the Trump presidency or destroy the Obama presidency but someone's gonna fry. If there is a FISA request to tap Trumps phone, and it appears that there is, then all hell is about to break loose in Washington D.C. and someone's going to jail. Duck and Cover DC hacks - this thing is real.