When I was a boy, probably 8 or 9 years old, I had a dream that I was on the beach, stepped up onto a clump of rocks on the shoreline and pushed myself up into the air where I flew high into the blue and weaved my way through emerald archways the likes of which I had never seen. I'll never forget that sensation of flight and the quiet simplicity of soaring through my imaginary world. The sensation was so real that I found myself on the same rocks the next day jumping off and expecting to fly but falling to the grey sand with a thud instead. Call me a slow learner but that was not the last time that I attempted to replicate my dream in the wide awake world because I knew - I just knew - that flight was possible because I had experienced it so vividly in my slumber and it wasn't until about 5 years later that I finally gave up all attempts to leave the terra firma behind. 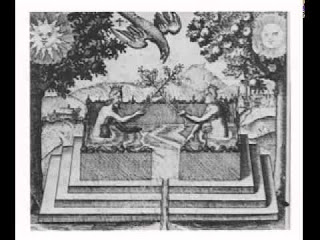 Bound to the earth and it's constraints of consciousness is my lot, except when I dream and there the possibilities are profoundly open and incongruous to my waking life. I fly and fall, visit lands unknown, talk to the dead, have sex with lots of people, breath underwater, peel my skin off, walk through walls, go to work without my pants on and thousands of other things that simply don't happen during the 2/3 of a day I spend "awake." I sometimes wonder if we've got the whole consciousness thing backwards and speculate upon the idea that our mundane daily routine is the down time humans require for the real work we do in our sleep when we are immersed in the dream world. Wouldn't it be funny if all the worries and arguments and striving we experience in our "conscious" life were nothing more than mundane tasks required to induce a slumber where the true meaning of our existence transpires in dreams. A third of our life is spent asleep - why?

Which brings me to Robert Epstein and his article titled "Decapitating Consciousness" which uses cold hard behavioral science and Darwinian evolution to dispatch with the mystery of our conscious life, the illusion of self and entire branches of philosophical disciplines practiced for centuries. It's pretty simple really:

Who created the receptors we use to see the cake, cut the cake, eat and taste the cake? Why, evolution of course, but this always begs the nagging question (for me at least) of why evolution took away our tails. I simply can't understand how a 5 foot tail would make a evolving human less superior to a neanderthal or any other competing human ancestor - including those who roamed the plains of modern day Kenya sans-tail. A long hairy tail would be awesome for every day tasks like opening a car door when your hands are full of packages to dusting hard to reach corners in your living room. Any monkey knows that a tail is great for climbing trees, swatting flies or just hanging around and if evolution forces a species to adapt over time then I can think of several other body parts that should have been left on the side of that long highway before ditching our tails. And to what end? Many people have a lot of pain in their coccyx bone which is where their tail should be (was) but stupid evolution got rid of it. Maybe modern science and plastic surgery can bring it back, but probably not.


"Alas, even with all the extra cortical tissue that distinguishes us from lesser beings in the animal kingdom, humans do not think clearly. We are highly prone to errors of thinking — reification, autocentrism, and cognicentrism being just three of our many weaknesses. We are easily swayed, especially by authority figures, and once we have adopted some belief, we attend selectively to evidence that supports that belief, no matter how shoddy it may be (a phenomenon called “confirmation bias”). This means that the perspective I have described in this essay will not only be difficult for many people to accept, it will also draw criticism from “experts” whose careers, reputations, and livelihoods depend on defending their own positions, no matter how weak, cumbersome, or absurd. (The whole universe is conscious? Give me a break.) Over the course of the 40 years since I entered graduate school in psychology, I have known of only one major figure in my field who recanted a theory he had been staunchly defending for much of his career — more than 20 years in this case. This remarkable shift was an exception to the rule; when academicians develop and defend a theory, it is almost always to the death."

From a Darwinian behavioral psychologists perspective, illusory though it might be, the paragraph above probably makes sense but it raises some questions that aren't easily answered. Before I get to the erroneous thinking part and putting aside my missing tail I'd like to know where my ability "to detect properties of the earth’s magnetic field" or "detect subtle seismic signals" or "sense electrical fields" went to? How about enhanced hearing or night vision, sonar to say nothing of ESP, remote viewing and lots of other phenomena, real or imagined, observed in non-human species that would have made survival much easier for homo sapiens had evolution been less niggardly in doling out its goodies? And what of the "many weaknesses" that evolution has not pruned from mankind and surly should have put us on the fast track to extinction well before the invention of the wheel? "Confirmation bias" alone should have destroyed humanity long ago and certainly should have done the job in the nuclear age. And not to put too fine a point on my dissent but "confirmation bias" of what, exactly? More problematic, for me at least, is why there would be even one exception to this evolutionary behaviorist model of mans illusion the philosophers call consciousness? How does one change ones mind without a moment of fully conscious self-reflection and divinely inspired honesty?

Thorny questions, I know, for which we only have "The Consolation of Philosophy" to help us navigate a treacherous journey. It is tempting to let evolutionary behavioral psychology bulldoze a broad clear path forward, but students of history will know that it's been done before (many times) under different names and to the scientists surprise prickly bushes and razor sharp grass grow up quickly and before they know it the path they were walking down is gone. It is left to the philosophers and holy men - the dreamers - to hack a way out of the thicket and ensure humanities survival.

Alas! how wide astray
Doth Ignorance these wretched mortals lead
From Truth's own way!
For not on leafy stems
Do ye within the green wood look for gold,
Nor strip the vine for gems;
Your nets ye do not spread
Upon the hill-tops, that the groaning board
With fish be furnishèd;
If ye are fain to chase
The bounding goat, ye sweep not in vain search
The ocean's ruffled face.
The sea's far depths they know,
Each hidden nook, wherein the waves o'erwash
The pearl as white as snow;
Where lurks the Tyrian shell,
Where fish and prickly urchins do abound,
All this they know full well.
But not to know or care
Where hidden lies the good all hearts desire—
This blindness they can bear;
With gaze on earth low-bent,
They seek for that which reacheth far beyond
The starry firmament.
What curse shall I call down
On hearts so dull? May they the race still run
For wealth and high renown!
And when with much ado
The false good they have grasped—ah, then too late!—
May they discern the true!