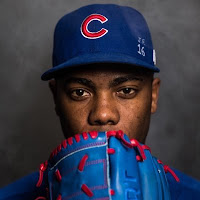 When you get into the 8th and 9th innings it's time to bring in your closer. I lived in NYC during the first decade of this century and was privileged to witness many NY Yankees games where one of the greatest closers in baseball history, Mariano Rivera, mercilessly and methodically suffocated the hopes and dreams of countless competitors. It was a thing of beauty to watch him wind up and launch a complex freak out pitch - the white orb sinking and swerving and dropping right over the plate. Steeerike! Not every closer is as gracefully lethal as Mariano - actually, almost nobody is. Aroldis Chapman sure isn't. And when you're closer gets rattled it's pretty important to pull him from the mound before he blows it.

Right now, when she needs it most (and boy does she need it) HRC has called her closer up from the bull pin (otherwise known as the White House, location of the Oval Office, work space of the most powerful person on earth, who must have a lot on his mind these days - though you'd never know it). He's trying to close out the game, but even though he appears to have not a care in the world, his performance shows that he's a little rattled.


Second Pitch: Columbus, Ohio, at a Clinton campaign event where he said, “You know, there’s a reason we haven’t had a woman president before.” Wow. He must be talking to guys like TI.

Third Pitch: An interview with NowThis News where he attacks the FBI - “We don’t operate on incomplete information. We don’t operate on leaks. We operate based on concrete decisions that are made.”  Caaaarack!!! The ball flies high and hard down the third base line and it's a home run for the challengers.


The closer better pull himself together or we're going to extra innings and who know what will happen if we do that?