I've waited 31 years for this moment 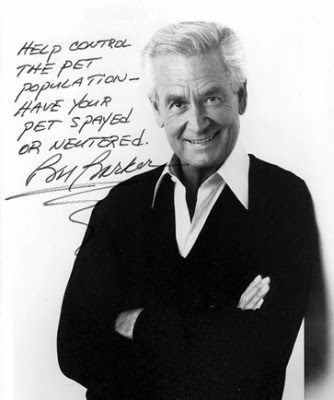 Based on this The Price Is Right video I think The Elvis from Queens has a good shot at winning North Carolina on Tuesday. As Bob Barker says, "Loyalty to this show paid off" and no voter is more loyal than the Trump voter. It's been decades since Michael from NC had a presidential candidate he was actually excited about voting for and that dearth of nationalist (dare I say nativist) politician was effected by design - it's voter suppression, but it's the "good" kind of voter suppression. Just watch the video and you'll see why Michael is so dangerous - dedicated, attentive, smart, great memory, demanding, rule following and capable of creating his own, hand-made, tee shirt design. He picks the winning price for the moto-scooter - not close, but the EXACT price - and is brought up on the main stage to meet the cleaver, polished and quaffed, tailor suited game show host with the metaphysically perfect name of Bob Barker and says, "I've waited 31 years for this moment" and proceeds to ask for the $500 he's due for knowing the exact price of the product. Like any barker, be it a carny flim-flam man, game show host or politician, the first thing the guy holding the cash does is negotiate a discount on what was promised the rube, contestant or voter - in this instance Bob Barker claims to be so flustered that he only has $400 and asks Micheal if that will be enough. Answer: yes, probably, but you'll owe me...


31 years Michael has been waiting and watching The Price Is Right every day - figuring it out. There are hundreds of thousands like him in North Carolina (and every other state in the USA) though unless you watch The Price Is Right or other select, niche programing you'd never know it. There is no show about Michael on prime-time networks or even cable. He has no representation for his viewpoint on any news program. There is no Association or interest group dedicated to his advancement in state or federal capitals. As far as the meta-culture, mediasphere or popular ethos churned out of DC/NYC/LA is concerned this guy doesn't even exist - he is psychologically dispossessed and ignored.

Instead, he gets to watch (AND PAY FOR) Public Broadcasting (i.e. Government TV) and hear Shields and Brooks on rancor in the electorate and the future of the Supreme Court. Sheilds talks about what a great "closer" president Obama is and Brooks gets all eugenics friendly discussing how people are "voting their gene pool or whatever." It's just a horrible, horrible election as far as they're concerned because the Michael's of America are walking into the voting booth with the exact price of everything stuck in their brain - These talking heads are as nonplussed as any game show host would be when a ringer shows up to beat them at their own game.

Too late David. Michael is in the house, he's up on stage and he's asking for the $500 you've been promising him for the past 30 years. Time to pay up. It's nice that you feel sorry for him and bad about the way you ignored him decade after decade while you transformed America for the better, but promises that you'll pay attention now - now that everything has been ruined - and that it will never happen again just don't hold much value. Prepare for a reckoning college educated rulers because the price is right and it will cost you more than words, just words.