"In a constant state of redy"

June 27, 2016
Driving around town today I switched on NPR (also known as government radio) to hear big news out of the administrative state. I was immediately hit with a love letter from Nina Totenberg to goofy Elizabeth Warren that explained how an appearance on The Daily Show turned the junior Senator into a "star" despite her stage fright and ignorance. Really great stuff. 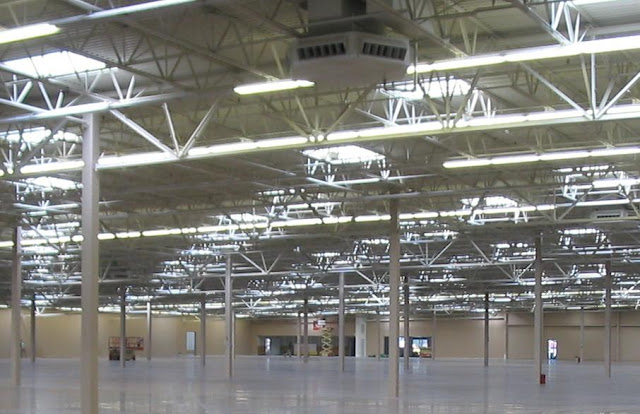 Then came a report by Nell Greenfieldboyce on "secret" warehouses for paranoid government preppers that are scattered across the fruited plain - there at least 6 but maybe more and nobody knows where they are. They are described as something resembling Walmart Super Center packed to the roof with supplies, medicine and other essentials that might be required by local health services were some catastrophic event to occur by act of God or man. It started as a small project (by government standards) in 1999 with a paltry $50M budget but it's now grown to $7B. That's right tax paying schlub - $7,000,000,000 worth of food, drugs and God know what else stored in gigantic warehouses in remote, undisclosed locations ready to be distributed whenever a ghastly Anthrax attack occurs on the homeland - and they say the war on terror is over. The government calls it The Strategic National Stockpile and as far as a pile goes it's working pretty well but questions linger.


"The warehouse is fine in terms of the management of stuff in there. What gets in the warehouse and where does it go after the warehouse, and how fast does it go to people, is where we have questions," says Dr. Irwin Redlener, director of the National Center for Disaster Preparedness at Columbia University.

Yeh, how do you land that contract to get the SNS to procure $200M of cornflakes or "millions of doses of vaccines against bioterrorism agents like smallpox, antivirals in case of a deadly flu pandemic, medicines used to treat radiation sickness and burns, chemical agent antidotes, wound care supplies, IV fluids and antibiotics?" Who do you tap to land the annual maintenance contract to keep the "rows upon rows of ventilators that could keep sick or injured people breathing" in tip top shape?


In fact, everything here has to be inventoried once a year, and expiration dates have to be checked. Just tending to this vast stash costs a bundle — the stockpile program's budget is more than half a billion dollars a year.

Got that? What started as a $50 Million line item in 1999 is now costing the Government over $500 Million in yearly maintenance fees. That doesn't count inventory costs because much of what's in the warehouses needs to be discarded and replaced every few years due to expiration dates and other criteria. Talk about a growth opportunity! But it gets worse because now the government has formed a committee to study the program and offer advise and you can probably guess what the committee advised - the stockpile needs more money.


That's because getting stuff out of the stockpile to the people who would need it is a major challenge. Imagine if there's a major anthrax attack, and there's just 48 hours to get prophylactic antibiotics to more than a million people.
"It is not going to be easy or simple to put medicines in the hand of everybody who wants it," says O'Toole.

And that's because the receivers of the stockpiles goodies are not citizens but State and Local health care workers and that labor pool has somehow decreased over the past 10 years meaning that no one is there to administer the antidote or stick joe six-pack in a ventilator. Answer, hire more health workers using the public purse - not Federal, but State and Local.

It's just about the perfect NPR news story - huge Federal government waste that has ballooned over 2 decades that requires State and Local governments to waste their precious resources too on a problem that might, or might not, happen and that everyone is pretending could never happen anyway.