February 05, 2016
Andrew Klavan is one of my favorite artist-pundits on the planet and he just published some crazy gold smack on his PJMedia Blog titled "As Men Go, So Goes the Future" which is sure to generate some hate mail but I'm sure he already gets plenty of that. The title says it all but go ahead and read the whole thing - it's basically a commentary on Muslim gang rape in western Europe and how it's made possible by weakling Euro-fag men who've left the battlefield and gone off to the bath house or,  if brutish, are taking a sex tour of southeast Asia or just stopped having sex all together. It's all good, the men of middle eastern descent are moving in to "The West" and imposing a new and decidedly anti-feminist social order with little opposition and, in some quarters, acquiescence. But that's Europe and they're done so Klavan ends with this warning for America:


In America, God willing, the future includes rights and opportunities for women — because men say it does. On the day American men aren't strong enough to maintain those rights for women, other men will come and take them away.

But what if American men wanted to take away the "rights" of women, not through domination and brutality, but by negating a woman's primary role and, in essence, eliminating to need for women in toto.


"as two men it's a complicated, difficult process" - but it CAN be done.

Now people can differ on their views of homosexuality and its approximate causes and effects. Some believe that it is an innate and ungovernable desire based in the genes or hormones or something and others believe it to be a lifestyle choice and somewhat rational in origin. The "it's in the genes" crowd point to femboys who lay it on thick while the "it's a sin" crowd sights a debauched leather clad S&M Freddie Mercury type to prove their point. But what of Robin and Jason here - They appear to be, and this is purely my take, just two normal fellows who, in a bygone era would be best-friends on the town bowling team with wives and families and a mortgages to pay down. By all appearances they've chosen to forgo women and just wing it "soul mate" style in the brave new world. In other words, they're not really gay at all but instead are two dudes who've just had it up to here with women and are choosing a simpler, less contentious path of male solidarity and deep friendship. The give away, for me at least, is when the guy sheds a tear over the vulgar Hallmark card which no homosexual in my experience would accept without dishing out a lot of ridicule and aesthetic criticism. The simple truth is, weather innate or acquired, homosexuals (men especially) have refined, often exceptional, taste and would NEVER stoop to giving their lover a common store bought card with garish hearts and misfired arrows atop a black background - impossible. This is the card a call center manager, a lawn care technician, an IT help desk worker gives to his wife because, you know, art and creativity aren't really his thing. The battle of the sexes has produced some sad casualties while innovative counteroffensives have been sprung by both sides in an effort to win the war once and for all. This new gambit to deny women of their most basic function and, let's face it, existential purpose is new, heartless (in my view) and gaining widespread acceptance across the fruited plain. I wonder how Americas women will respond to this attack? 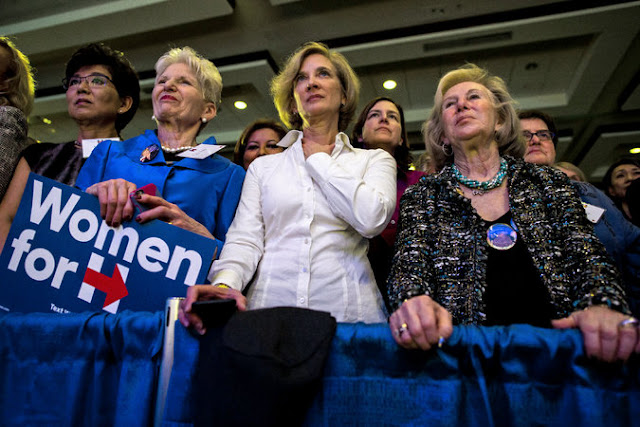