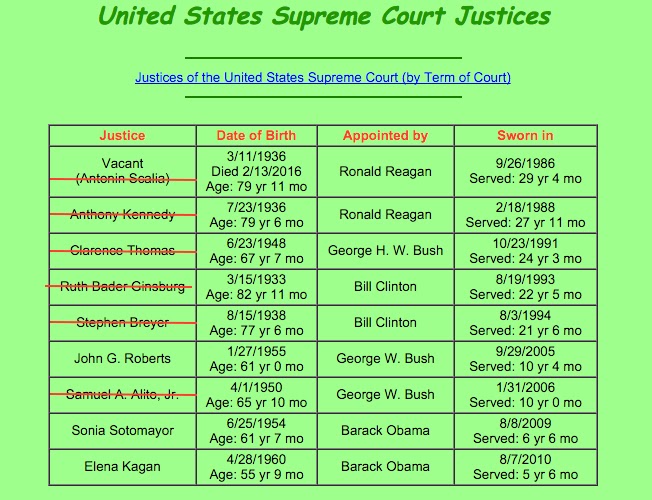 There are worse places to kick the bucket than a bed in the “El Presidente" suite at Cibolo Creek Ranch in west Texas. Looks like a beautiful place with an interesting history and what the fuck a Supreme Court Justice was doing there is anybody's guess. Now there's a lot of confusion about replacing the old opera singer with some newfangled legal genius from the "progressive" wing of American Jurisprudence as if it's going to matter - it won't. Scalia was on the court for 30 years and did he successfully persuade any of his "progressive" co-jurists to alter their ideological approach to "the law" or read the US Constitution as it is written? Answer: NO. The truth is they all pretty much conjure their rulings out of thin air - and their dissents. The biggest problem with SCOTUS is that most of the justices are too damn old and should be turned out to pasture BEFORE they die at a luxury resort. Make a mandatory retirement age of 65 years old and get us 6 new justices on Hamburger Hill - No one should be a Supreme court justice for more than 15 years. If you can't win over the hearts and minds of your colleagues in a decade and a half then give up and let someone else give it a go.