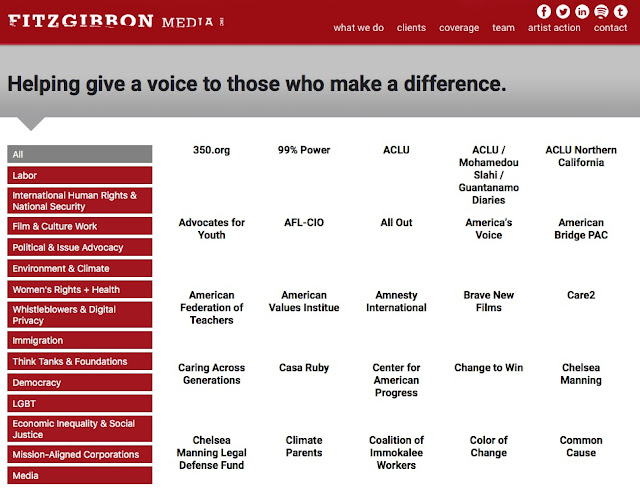 Christmas came early this year with the abrupt closing of FitzGibbon Media over charges of Sexual Harassment by the firms CEO and namesake.

Knock me over with a feather! As faithful readers of the KOTCB Blog know, I have little patience for  men of the left who pollute the minds of women the world over by acting like Trev FitzG.  This makes life miserable for normal, wholesome men who must spend significant time and effort to deprogram the bitter, jaded psyche of the woman he loves because some cynical hypocrite who talked a good game treated her like a common slut. Of course, some womyn are beyond help - fractured and confused they keep going back to the FitzGibbon's of the world and get used again and again.


Leaders at multiple women's groups represented by FitzGibbon Media -- NARAL Pro-Choice America, UltraViolet and International Planned Parenthood Federation/Western Hemisphere Region -- all said they had a close bond with the team they worked with and would be happy to continue the work without the president in the picture. NARAL head Ilyse Hogue said her organization "would welcome the opportunity to work with them again under any name."

As a dog returns to its vomit,
so fools repeat their folly.
Do you see a person wise in their own eyes?
There is more hope for a fool than for them.