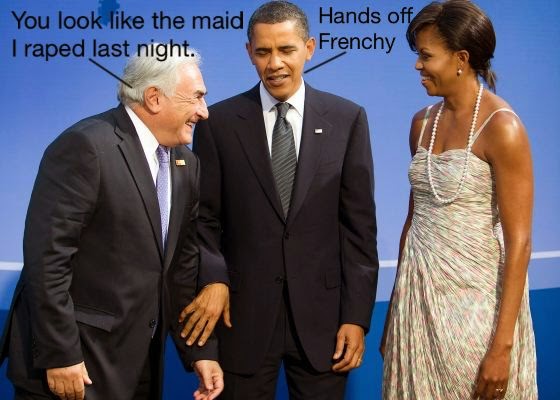 You want to talk about rape culture? I've got a great story for you to mull over and lash out with blistering high dungeon about the systemic injustice embedded in the Socialist design. DSK had a "chance to revive reputation" but then the trial started and he testified.

"The prosecution gives the impression of unbridled activity," he told the court. But, he added: "There were only 12 parties in total - that is four per year over three years."

Your Turn to be Fucked


“It’s not my concept of sexuality to do it with a prostitute,” Strauss-Kahn said, adding that he preferred the “party atmosphere” of partner-swapping and swinging. He said group-sex sessions had been rare “recreation” in his hectic schedule as head of the IMF.

Lust Is No Crime


“I dare you to distinguish between a prostitute and a naked socialite,” Mr. Strauss-Kahn’s lawyer, Henri Leclerc, told Europe 1 radio after the accusations against him emerged in 2011.

Monsieur Leclerc (great name) is on to something but I'm not sure I'd call it a defense. Every man has a story and DSK's was on the verge of having President of France inserted in his until he inserted Le Président into his hotel maid. 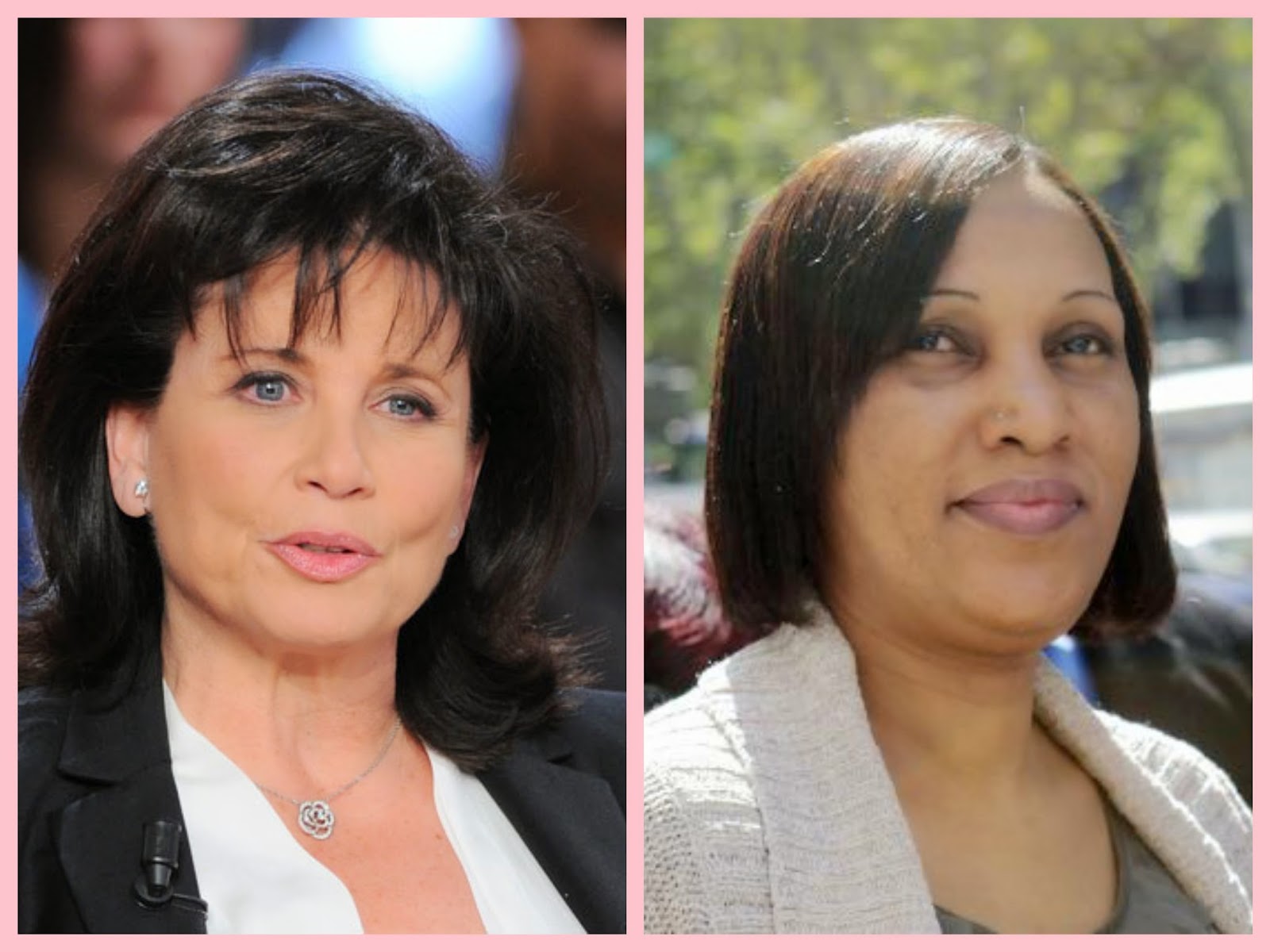 Can you see la différence? Maybe with their cloths off there is none for a Socialist like DSK. I've had my share of "conversations" about rape culture or the war on women with  a range of women - from well heeled soccer moms to Code Pink harpies - and one thing I've deduced is that these angry females are, in their day to day life, dealing with "men of the Left" - guys like DSK who talk a good game, but treat their lady friends like whores. It's frustrating, I'm sure, to be raped by a committed Socialist who just finished giving a speech where he said all the correct things and decried the misogyny and male chauvinism of the Capitalist system - but perhaps, just maybe, the women of this world should consider their plight under the Socialist system and reconsider their allegiance.

The fallout from the DSK affair did provide the world with the delightfully humorous elevation of François Gérard Georges Nicolas Hollande to the French Presidency. He might not be a libertine of the highest order, like DSK, but he's had his moments and, as usual, true believers have sprung to his defense. And so it goes (as Linda Ellerbee used to say) the Socialist loose one cad to a rape trial but there's another waiting in the wings - I suppose there always will be. 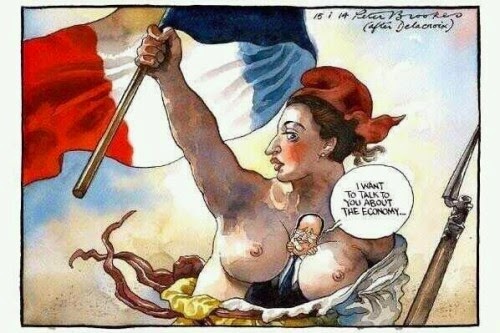