Mirror, Mirror on the wall

November 07, 2015
Bad day for gentle Ben, right? Politico put out a hit piece on the good doctor and, before posting the story, must have JournoListed all of their buddies at the TV New Networks and big foot newspapers so they could pile on and create a Wall of Sound that would make Phil Specter blush. Story, after story after story about how crazy, dishonest and unqualified Ben Carson is for the office of the Presidency. The greatest headline was from the inappropriately named "Plum Line" blog over at WaPo - get a load of this one:

Ben Carson has weird ideas and makes stuff up. What kind of president would he be?

Yeah, exactly, what kind of president indeed? Answer: probably a lot like the dude who's been president for the past 7 years who also has "weird ideas and makes stuff up" - he sure as hell couldn't be any worse. 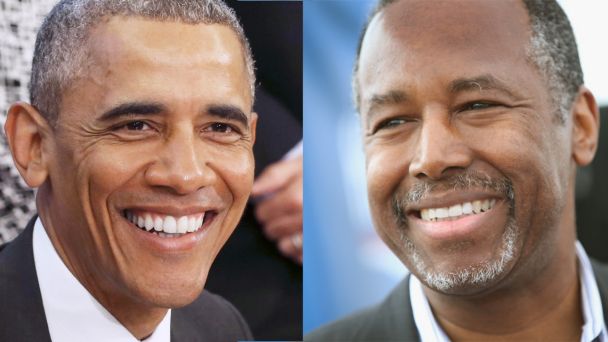 It is a joy - pure, absolute, unambiguous joy - to watch the Grand Poobah's of TV talk and fish wrap scribble flummoxed by Dr. Ben Carson. They simply can't deal with the guy on any level and he's kill'n it every day - in all honesty, you would think the fact that a black man is winning the GOP Presidential horse race would be big, BIG news - wonderful news because you know, it shows the GOP are not really the racists and bigots the press always claim they are or maybe they've grown during the Obama years or something. But for the media it's not good news, it's horrible news but they're hoisted by their own petard - How can they go after this black guy when they didn't lift a finger to go after the other black guy? They can't, they're stuck and if God has a sense of humor (and at times like this I think he does) he will make Ben Carson President of the United States of America and the News Media and commentariat will have to lump it for 4-8 years. Listening to sermons, exposition of God and the glory of life, Fundamentalist political science, skepticism of evolution, global warming and much scientific fluff. It would be a beautiful Presidency, hilarious from start to finish and probably very good for the country. Added bonus, it would make Barack Obama something of a historical footnote if his 8 years were to be followed by 8 years of Ben Carson.