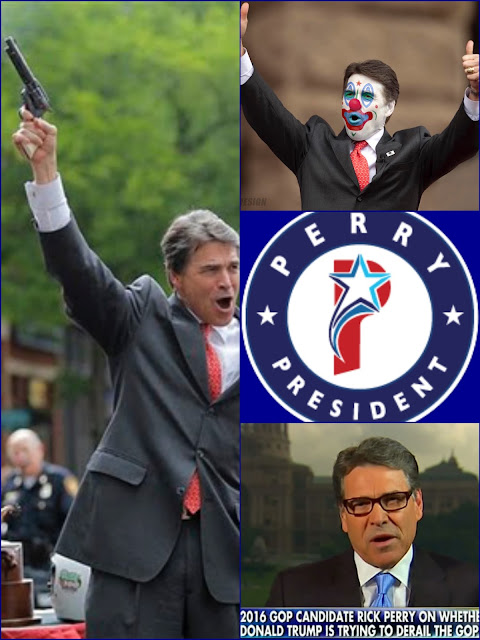 According to Leon H. Wolf over at RedState.com it wasn't supposed to happen this way:


This was supposed to be a nomination contest where Scott Walker could talk about the best ways to combat liberalism structurally, Bobby Jindal could talk about education reform, Rick Perry could talk about border security, Sen. Marco Rubio (R-FL) could inspire our optimism in America, Sen. Ted Cruz (R-TX) could expose the rottenness in DC, and Sen. Rand Paul (R-KY) was supposed to advance a burgeoning new wave of libertarian ideals. And also Sen. Lindsey Graham (R-SC) and John Kasich would be there, for some reason.

Instead, we are talking about whether Donald Trump really said Megyn Kelly was on her period and whether he’s right about Carly Fiorina’s looks. Every conversation that’s occurring right now is about Trump and none of it has anything to do with policy (foreign or domestic), or competence, or leadership.

And that's exactly what Rick Perry WAS going to do - talk. Now he's out of the race and what... the Republic is lost? Rick Perry was a Texas Governor who sounded A LOT like former Pres. Geo W. Bush and even shared some of W's mannerisms and gestures. He was not articulate - especially off the cuff or in high pressure situations (another similarity with W) and he was a States Rights Democrat when he started out backing Al Gore's presidential run in 1988. And a State's Rights Democrat he remained even after switching parties and joining the GOP.  In 2000 Perry followed W. into the role of Texas Governor and then, in 2002, beat Dirty Antonio Rodolfo "Tony" Sanchez, Jr. who was so dirty that his Dem primary challenger (who was also a crook) actually endorsed Perry in the general election then, in 2006, he won again if you call getting 39% of the vote in a 4 way race "winning" (Kinky Friedman pulled 12%) and then, in 2010, he beat Harvard/Lawyer/Mayor (Houston) Bill White. Was this Rick Perry fellow the guy with stones big enough to beat the Administrative State into submissive acquiescence? Nope.

Of course there are 2 names that Leon fails to mention while pining for what might have been.

1. JEB! was left off the list - he's the guy, after all the talking and explaining wraps up, that was going to win the primary battle and get the GOP nomination. To answer Leon's question, Lindsey Graham is in the race to soak up South Carolina support until after the Iowa caucus when he can back out and pledge his support to JEB! and John Kasich is in the race to secure a VP slot on the ticket.

2. Trump is, in Leon's view, analogous to the leader of the selfish, stupid, fallen mob that demanded Christ's crucifixion. Because? Because he's not taking any crap from his political rivals, the journalists and commentators who hate him or anyone else for that matter. And regarding Leon's lament that no one's talking policy these days I have two questions that I have not heard asked or answered.


Question 1. Was Megyn Kelly menstruating during the first GOP debate on Fox?
Question 2. Has anyone taken a poll on how people feel about looking at Carly Fiorina every day for the next 4 years?

I mean, people keep on talking and talking about these two statements, but they never try and find out if there's any truth to the accusations.

Go take a look at these Tonight Show videos and tell me who else in the GOP could have pulled off this billionaire everyman schtick, not just this year but for the last 30 years? Trump is taking 'em out on his own sweet time-line and Carly's next on the list - should happen next Wednesday at the CNN GOP debate. After that... who know, maybe Scott Walker, maybe Chris Christie but his circle will keep growing. 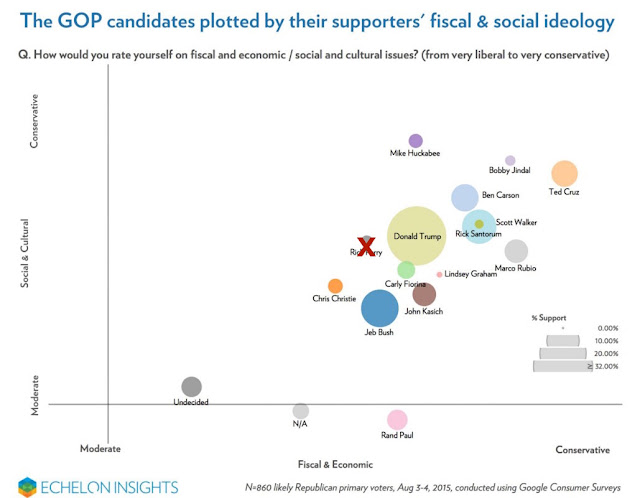