The gullibility of normal politics 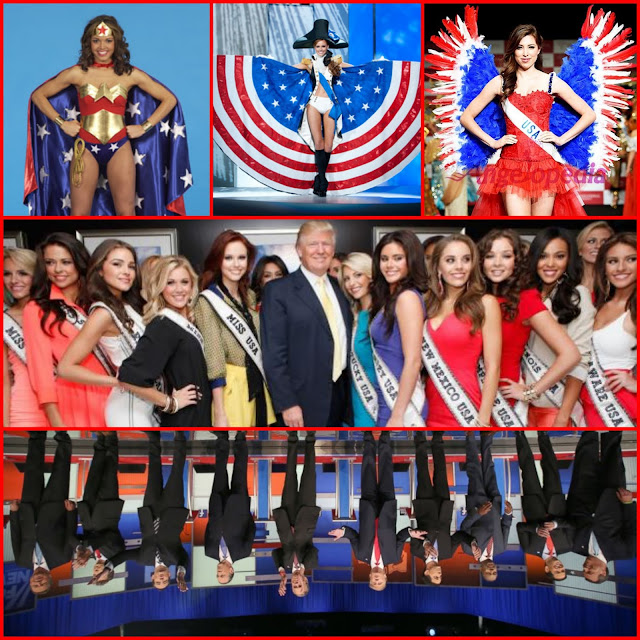 Anyone who's ever participated in an "election" for 8th grade class president knows that democracy has inherent and uncorrectable limitations. All to often the votes are cast for the most popular kid in class or the best looking or the most conniving and ambitious who will stoop to backstabbing, rumormongering and just plain strong arm tactics to win. Alexander Payne made a movie titled "Election" about a high school variation on this theme that documents the reality in a thoughtful, humorous and (sad to say) honest way. It doesn't get any better as people grow older - in fact all you need to know about politics can be learned in high school. These early cattle call debates are really just a beauty pageant for curious voters and the media machine that needs something (anything) to write about - no sane person is even thinking about who they will vote for in 458 days. That being said, no one knows more about beauty pageants than Donald Trump.

The GOP establishment is trying to take Trump out - why they are doing this is hard for me to imagine but they are. Trump has generated more interest in the GOP presidential debates and primary from ordinary American humans than all the brilliant marketing campaigns of the the other candidates combined. People - normal people who vote - actually watched the GOP presidential debate last night and you have to ask yourself why? Was it to hear Mike Huckabee play his bass or listen to John Kasich tell that story about his dad delivering the mail again or listen to whatshisname talk about entitlement reform? No! It was to see TRUMP!!! People want to see a show, they want to hear someone say stuff that will rattle the cage, they want Elvis and Trump gives it to them. The powers that be are trying to bury Trump in a mountain of bits but when you dig around the Internet you find that Trump, yes Trump, "wins" the debate in all online polls and he wins big. MSNBC tried to skew their poll by presenting only respectable choices to their audience but that only increased Trumps winning percentage. 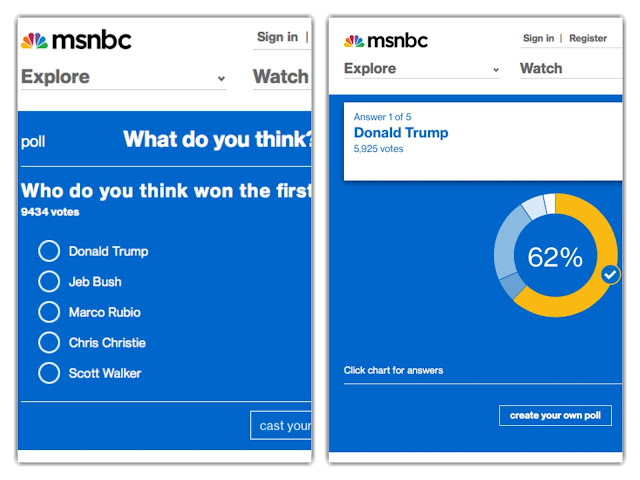 This Trumping of the system is causing mental breakdown in the journalistic circles that is simply wonderful to witness - It's as if one of the cool kids in high school decided that he'd had enough of the usual crap the student body leadership and their buddies at the school newspaper were putting the rest of the student's through and got into the race - calling them all a bunch of sissies and nerds (which they are) and winning. Poor Paul Krughole is beside himself and looking inward - he doesn't like what he sees:


"The answer, according to many of those who didn’t see it coming, is gullibility: People can’t tell the difference between someone who sounds as if he knows what he’s talking about and someone who is actually serious about the issues. And for sure there’s a lot of gullibility out there. But if you ask me, the pundits have been at least as gullible as the public, and still are."