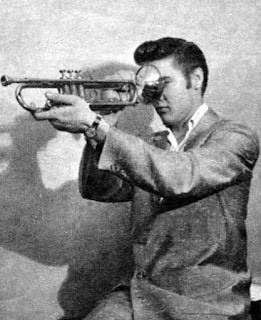 The Donald keeps yelling "any seven" and the press keeps saying "let it ride" and the GOP establishment keeps playing the pass line - and loosing.


"Listen the next time you’re at a craps table and count how many times the stickman advertises the hardways or yo’s and the seven. No matter how educated some players may be there will always be those who play the high risk bets. The casinos love the high roller who does nothing but bark out orders for the dealers to place the propositions because they know it will likely make the house a nice chunk of change."

There is something wonderfully comical about the "high roller" barking insults like "these people are idiots" or "management here stinks" every time he throws some chips on the table. Or making pie in the sky promises like "I'll make America great again" or I'll do “something terrific” to entice the saps to bet along with him. The DC political and media establishment don't know "the meaning of the voice" and counter attack by "speaking into the air" but this trumpet speaks loud and clear. 1 Corinthians 14:


"But now, brethren, if I come unto you speaking with tongues, what shall I profit you, unless I speak to you either by way of revelation, or of knowledge, or of prophesying, or of teaching? Even things without life, giving a voice, whether pipe or harp, if they give not a distinction in the sounds, how shall it be known what is piped or harped? For if the trumpet give an uncertain voice, who shall prepare himself for war? So also ye, unless ye utter by the tongue speech easy to understood, how shall it be known what is spoken? for ye will be speaking into the air. There are, it may be, so many kinds of voices in the world, and no kind is without signification. If then I know not the meaning of the voice, I shall be to him that speaketh a barbarian, and he that speaketh will be a barbarian unto me."

The barbarian of the moment has breached the citadel walls sending its pampered denizens scurrying for safety, heading for the hills or slapping, scratching and biting as they get tossed on the bed and raped. Exhibit A:

They say he's a clown - hell, I've said he's a clown - but the KOTCB blog celebrates clowns just as often as it chastises them and #WhenTrumpIsElected things are gonna be different. It will never happen, right? There's no way we'll every see President Trump, right? Yeah, just keep telling yourself that and everything will be alright. This too shall pass. Unless it doesn't and the 20% who back Trump can convince another 20% who don't know much about politics (and don't care to know) to back Trump too. In a three way race between Her Majesty, JEB!, and Trump I'd keep my bet riding right along with the high roller. The rise of Donald Trump is driven by two factors - one obvious and the other mystical:

Number one - the American people absolutely hate their Federal Government - They don't believe they are well represented (they are not) that their priorities are addressed (they are not) or that there is any way to fix it (there is). And Trump is an EXCELLENT vehicle for showing DC exactly how much they are hated by We The People.

Number two - In 1988 Spy Magazine published it's classic "Separated at Birth?" book which identified metaphysical doppelgänger's among celebrities. The editors saw the connection, which should be obvious to everyone, that The King and The Donald bear a striking resemblance and this physical manifestation of metaphysical fandom and solidarity is surly part of Trump's appeal. Someone should do a poll to determine to overlap of Elvis fans and Trump supporters - I bet it's something like 90%.

Trump will hang in there as long as HE wants to and that's a great thing - America is still a free country and with enough brains, bravado and bullion the pie in the sky is there for the taking. That is something Donald Trump knows and the DC Cartel does everything it can to deny. So screw the vig, the citizen's of Crapsylvania need a high roller who will take all the dirty money from the boxcars and give it back (or at least stop the House from taking any more).

Anonymous said…
i found 1 more look up piers morgan
11:59 AM