August 14, 2015
Newsweak (yes, that Newsweek) has reprinted an article originally published in The Washington Spectator entitled "The Story Behind the POW/MIA Flag" (original title with included the word "racist" has been modified) intended to frame the well known black flag as a symbol of "invisible racism", Nixonian thought control and jingoistic justification for imperialistic murder. Why Newsweak would pick up and run this excrement evacuated during Hamilton Fish the Fifth's monthly constitutional is hard to fathom - they must have known that political rivals would pounce, but how they could overlook the honest and heartfelt anguish normal humans might feel about POW/MIA's and their plight shows just how soulless and disconnected these Manhattan/DC clowns really are. As you'd expect, Newsweek and TWS were crushed with valid and furious complaints from the American people for publishing Rick Perlstein's drivel and defaming a movement to remember the missing and do all that is possible to bring soldiers home from foreign hostilities.

I'm not even going to touch on the content of the story - It's the usual crap that I grew up with about Viet Nam, Nixon, dark forces, hoodwinked citizens, cultural racism - which calls the POW/MIA flag a "shroud" that's "as common as kudzu" (nice image Rick). But I do want to comment on the "apology" that was forced out of HFV's minion, Lou Dubose, who "edits" TWS and, I guess, has responsibility for what's printed in it (Newsweak has no excuse). Dubose says in part:


"We published Rick Perlstein’s article on the POW/MIA flag, because it insightfully examines the cynical manipulation of public opinion at the expense of the downed pilots and foot soldiers the creators of the MIA movement claimed to represent." 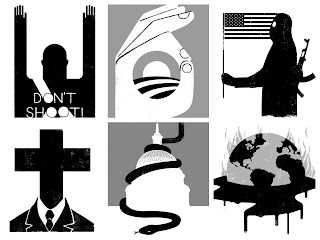 Ah, yes. "The cynical manipulation of public opinion" - we can't have that now can we Mr. Washington Spectator - that's just horrible. Who would stoop to such a thing? How could they? I'm being sarcastic, of course, but I don't want it to be thought that Dubose and Perlstein are just oblivious college kids who are too inexperienced or stupid to know what they are doing and saying with their "apology" which is obviously false. They're liars with nefarious and premeditated evil intent - they know exactly what they're doing and they throw out this "cynical manipulation of public opinion" straw man as cover or deflection because that is EXACTLY what they do - it's why they wake up in the morning and why they can't go to sleep at night. Sleep un-well you grubby scum - your day of reckoning will come.