The task of our time

May 10, 2015
Mother's Day came early this year so I thought I might commemorate May 10th with a reflection on the mother of all social democrats - Fabian Socialism and it's timely death two days ago at the hands of Cam'ron, er, David Cameron the Tory dragon-slayer. All the pollsters and media people were calling this a nail-biter up to the day of judgement - just like they were back in March of this year.

Sweet death was what they got once the results were in - buckets of tears at the Beeb and right-thinking (meaning correct-thinking) publications all over London. Ed Milktoast fell on his sword and Ed Balls (I'm not making that up), Labour economics adviser for two decades+ was shown the door. WaPo breaks down the road to resurrection:


"As the party members begin the search for a new leader, they undoubtedly will go through a painful period of introspection about who they are and why they failed so badly. The unity they presented during the election will give way to a debate about whether they strayed too far from the Blairite center or were insufficiently robust with a more left-leaning message — or whether they were simply the victims of extraordinary circumstances playing out in Scotland. "

I'm going to place my bets on the "victim of circumstances" play. (blame Scotland) 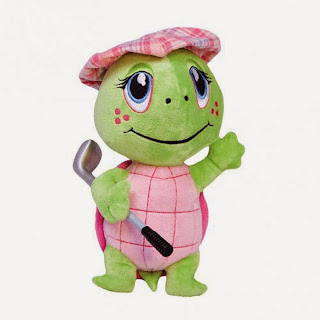 You see, I know Fabian Socialists and even a casual understanding of their ideology and worldview points to one inescapable fact - they play the LONG game. They might hit their drives from the women's tee, but the ball travels a great distance before hooking left. That's when they find themselves in the rough and the atrocious short game begins - stroke after stroke, into the sand then over the green. It's painful to watch. Finally they sheepishly pick up the ball and move on to the next hole - that's where we are now. Slow and steady wins the race - it also helps to be impervious to historical evidence, economic reality, comparative analysis and the foundational longings of  human nature. But that's what you get with a Fabian and to be honest they tend to be wonderful people in spite of their pig headed obstinacy. I mean, they're funny, well read, creative, entertaining as hell and thoughtful. It's just the "take your medicine" mind set that gets in the way of full wonderfulness (very British) all for your own good chap, and the common good, etc. etc. "I know it's 2 degrees Celsius and raining sheets, now put on your "mac" because we're going to hike across the countryside." Really? Do we have too?

You can present cogent, well documented evidence to them - eye witnesses, scientific proofs, mountains of historical data and anecdotal parables to show them the risks and mortal danger of walking for hours in the freezing rain and they'll just stare at you with a quizzical smile on their face - they don't argue like a rabid Marxist - What about the Nixon Christmas Bombings? The CIA ousted Allende. Globalization is a "race to the bottom", blah, blah, blah. No, the Fabian just grabs their hat and says "come on then." And you know what, it is sort of fun once you get used to the cold dampness and physical pain and danger - yes people die and find themselves hungry and lost with no clue as to how to get home, but what the hell - you only live once. But once you get back home there's a chance that you'll just hunker down in your comfy chair and refuse to put on your raincoat even when the Fabian is thrusting it in your face and all his friends are screaming at you and demanding that you put it on.

Next up, Global Warming Climate Change Summit in Paris this summer.


"If 2015 is going to be remembered as the year the world finally got serious about our climate threat, we will need bold and imaginative political leadership."