(Single) Mother of the Year

April 29, 2015
I only hope that when the KOTCB blog is discovered by the NSA and I'm dragged before the high council (or whatever the Star Chamber is called) that I have a black mother to call as witness for my defense.


I have no history of Toya Graham's parenting style and will NEVER get one from any news outlet because it would be just impolite (and maybe racist) to inquire, but based on empirical evidence and a gut feeling I'm betting this isn't the first time Michael has been beat upside the head and cursed at by his "loving mother" and after 16 years of this shit he probably wants to burn down Baltimore. Not to be all misogynistic about it or anything, but 16 year old boys don't listen to their mothers advise about anything. The lessons Michael needed to learn could ONLY be taught by a father and that instruction needed to happen long before he came of age.

Where, oh where, is the Father of the Year? 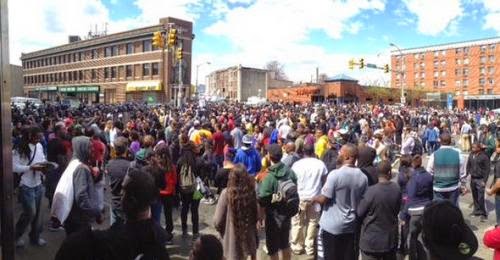