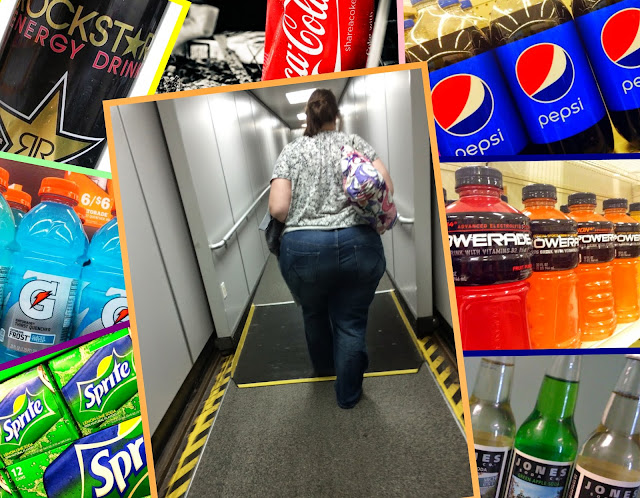 I flew into LAX this morning from the East Coast sitting next to a TFTF individual taking up 1.5 seats in coach so I sympathize with anyone who desires more thin, athletic, perfect-people like those that live in District 50 represented by California Assemblyman Richard Bloom. In an effort to make people thinner Bloom introduced Bill 1357 to tax poor fat people who drink sugar water.

2 cents per ounce? That's an additional quarter for every can of coke or $1.50 for a six-pack of Sprite. That's a horrendously regressive tax and where would the estimated $3.5 billion (not a typo) collected by the Board of Equalization go?


"These amounts would be deposited into the Children and Family Health Promotion Trust Fund, created by the bill. The bill would require moneys in the fund, upon appropriation by the Legislature, to be allocated to the State Department of Public Health, the State Department of Health Care Services, the Department of Education, and the Department of Food and Agriculture, as specified, for various purposes of statewide diabetes and childhood obesity treatment and prevention activities and programs, including awarding competitive grants to local governments, nonprofit organizations, school districts, and other entities for activities in support of the bill’s objectives."

I'm not making any of this up - These are direct pulls from the text of the bill - I've just highlighted problematic sections of the words they use. This bill creates an outrageously large fee (which is what they call a tax in California) imposed on shopkeepers (small businesses) to create a Trust Fund (slush fund) from which the State Legislature can bribe enemies or reward cronies (State Departments and "other entities") with the criteria for receiving money being "various purposes."

Fortunately for the rotund denizens of California the bill was defeated in committee today. Only 6 Assembly-people voted for the bill which is "the latest skirmish in a long-running war between health groups and the soft drink industry." Heed my words Califatties -  gird your sebaceous loins because this is war and you, my poor plump compatriots, are the target.

Or move to Texas where the Blooms are friendly and fun and love candy.