It is no secret that I hold the music of Charles Thompson IV – aka Frank Black, aka Black Francis, the lead singer of Pixies - to be some of the greatest rock & roll ever made and I can listen to any of his recordings at any time for an indefinite duration. I’m a ultra-Black fanatic, to use the contemporary parlance, and pledge unconditional dedication to this man's inscrutable musical message. He’s my favorite pop musician which is to say that I’ve spent more time listening to him (especially the Frank Black records 1993-2006) than any other musical artist including long time favorites Pete Townshend (1964-1978), Lowell George, Kramer (and ALL Shimmy-Disc), Elliot Smith and Doug Martsch of Built to Spill who composed the soundtrack of my life. Almost 3 decades ago Mr. Black wrote a tune titled "The Creature Crawling" that was put on his "The Cult Of Ray" album and the song has stuck with me for reasons which I will now explain.

Did you know about that?

In October of 2021 The Independent newspaper (British FakeNews) interviewed Black Francis on many topics including Donald Trump and the rise of the alt-right. The musician frames the big picture:

A mascot for the bigger agenda, got it, so...

Has Pandora’s Box been opened on America’s alt-right uprising? “It just sort of feels like it’s here… The box gets opened and then suddenly you’re dealing with a lot of people in pickup trucks with their f***ing flags or whatever… Whether you’re talking about guerrilla terrorism in the Middle East or whatever, it’s f***ing dudes in pickup trucks. It’s a naive statement but you want to have world peace, you take all the guns and you basically take them out of the hands of the men and you hand them over to the women, and all the s***’s gonna go away. I know that there’s some very bad people of all genders, but I subscribe to the belief that men are f***ing everything up here. Men plus guns, not good.”

Men + pickup trucks + guns are fucking everything up... hey, wait a minute dude, that's me. Frank Black thinks I should hand over my guns to women but I need those guns to shoot the creatures that invade my property. My wife and daughters already have guns that I bought them and even if I gave them mine all this shit's not gonna go away - not ever - and I would have thought that Mr. Black understood that. Galaxy brains might find this a "naive statement" but we enjoyed more world peace when The Mascot had his moment in the Oval Office than we do now when Jo(((K)))e Brandon is trying to take away all the guns (except for the guns he's sending to truck driving men in Ukraine).

Did you know about that?

I'm not handing over my guns to any gender, good or evil, and I'm especially not going to hand them over to the dried up old crone who holds the Speaker's gavel in the US House of Representatives. The same FakeNews Fleet Street paper (The Independent) just published a story titled "Pelosi calls Trump a ‘creature’ as she dubs Supreme Court ‘dangerous to US freedoms’" in which the octogenarian nincompoop makes the same observation (and congruent solution) as my favorite Martian loving rock star.
“Who would have ever suspected that a creature like Donald Trump would become president of the United States, waving a list of judges that he would appoint, therefore getting the support of the far-right and appointing those anti-freedom justices to the court,” she said in an interview on CNN’s State of the Union.

Me, I suspected it. I even called the shot after the Brexit vote in the summer of 2016. And I'm not sure The Great MAGA King won because of some Federalist Society SCOTUS wish list or because the American people were just fed up with womanly reasoning like this -  “We played a long game... we won Roe v Wade a long time ago. We voted to protect it over time. We have democratically elected a House of Representatives that is pro-choice.” The right to abort babies was never "won" by any political movement but the 1973 Supreme Court edict has been "protected" for 50 years because unconstitutional decisions by the "Justices" can only survive logical argument if they are guarded by political mercenaries. But hey, if the majority of "elected" representatives are pro-choice, as the Speaker says, then pass a fucking law legalizing abortion the way you're supposed to in a functioning republic you stupid cunt.

Which brings us to the "bigger problem" of "other groups of people" who "support" the "other agendas" that run counter to the "long game" the good Progressive people have been rigging for the past 5 decades (or more) and what to do with these creatures. It's not a happy situation when Trillions of dollars worth of media propoganda, educational brainwashing, drug and alcohol abuse, sexual degeneracy, family deconstruction, endless kenetic wars (foreign and domestic) and CIA psyop terror lead to an Ultra-MAGA Orange Wave of Mutilation threatening to wipe away everything you've worked for in the Great Replacement.

For example, The Independent's (yeah, same paper) culture critic Clémence Michallon recently penned an honest opinion piece on this topic titled "Russell Brand is the new Joe Rogan — and I’m the one he warned you about" where she declares how "disappointed" and "exhausted" she is by simply living in a world where a comedian is peddling conspiracy theories on YouTube. And the conspiracy theories are winning! If you want get a look at this Russell Brand creature than watch the video below:

It alarms and depresses me that people are making money becoming conspiracy theorists while at the same time painting themselves as the rare speakers of truth. I worry about how easy it is to look smart if you can talk for 15 minutes, throw in a couple of internet links, and weaponise the language of nuance. I realise this means I’m probably not an “awakening wonder”. I guess I’ll just have to live with myself somehow. 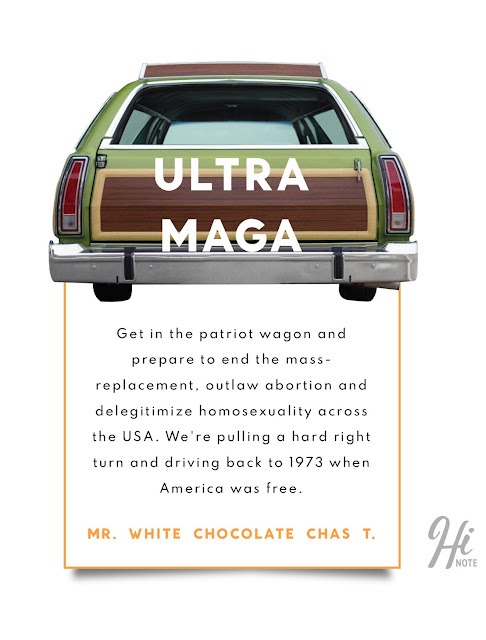 "I guess I’ll just have to live with myself somehow." But how? How is Frank Black or Nancy Pelosi or Clémence Michallon going to live with themselves in Orange America? The answer is, they're not. They can't. They won't. That's the reason for the November 3rd coup, the 1/6 insurrection,  the southern boarder invasion, the Afghanistan fiasco and the global financial collapse. It's why Biden doesn't give a shit about his approval ratings and why Congress is willing to flush more money down the Ukrainian toilet in direct contradiction of their constituents demands. The leadership class has decided to give up on the pickup truck driving men who inhabit their earth but simply won't agree to be governed by their whimsical and unnatural laws. They have decided to burn it all down and leave nothing but smoldering embers for the creatures to inhabit in their deplorable and irredeemable land.