Children of the same foul spirit

I didn't watch any of the 9/11 commemorative speeches or participate in the remembrance of the terror attack that occurred 20 years ago today. I have changed so much from that day to this as to make this tragic event a portal bringing me face to face with an enthusiastic patriotic sap who swallowed the official narrative of events hook, line and sinker - I can hardly stand to look at him.

He was sitting in his office cube in Mid-town Manhattan having just dropped his 5 year old daughter off for her first day at school. A young staffer ran into the room shouting about a plane flying into the World Trade Center and they all waved him away saying "get back to work kid, it's just a plane" thinking that it must have been a single engine Cessna that clipped a sky scraper. About 15 minutes later the kid came sprinting back into the room yelling, "a second plane had hit the towers" and there was a long pause in that busy hive of activity. He watched the first tower collapse, grabbed the kid by the arm and headed down to the corner of 57th & Madison and hopped on a northbound bus. It was quiet as he glided up the Avenue past the beautiful couture shops and million dollar apartments but then an older woman burst into tears and sobbed until he debarked on 79th. Strolling across the park the fighter jets were circling the island and it was a beautiful late summer day but in an hour a mob of dust covered zombies would be marching their way north and looking for a way out. He was safe in his apartment with his wife and children watching the FakeNews pump out hours of, what turned out to be, bullshit and that was the extent of his crisis.

I don't mean to downplay the attacks and the devastating toll it took on many families - I knew some and I feel for them. I wasn't one of them and I'm not going to pretend that I was or make declarations on the importance of the attack - how the world changed - how terror came home - blah, blah, blah.

“We are all Israelis now” said Robert Tracinski - remember

So you'll understand my disdain when I read that the dude who was in charge on the day these towers, the Pentagon and some field in Pennsylvania (that was supposed to be the US Capitol) got blown up is lecturing me about my determination to defile national symbols. in 2001 I supported pluralism, human life and national symbols 100% and over the past 20 years I learned that George W. Bush and all the Conservative Inc. funders of the devious GOP don't really support any of it.

Take off the mask W. 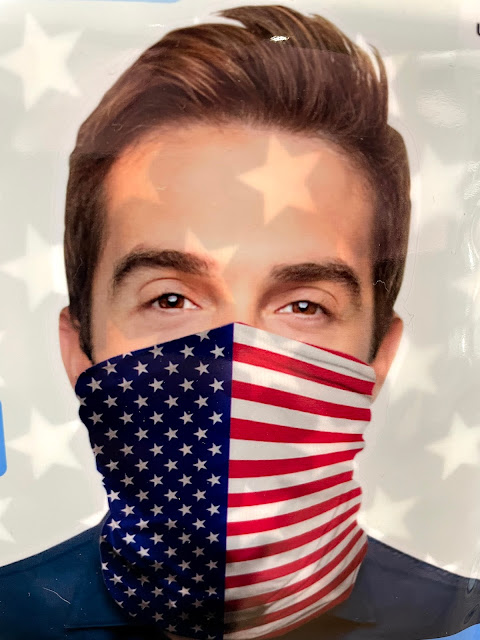 Bonnie Matheson said…
So sad and so true! We have learned so much in the last 20 years about our government and all it's devious ways.
1:11 PM