July 09, 2020
On the day Donald J Trump was inaugurated POTUS a video of a woman screaming 'Noooooo!" while kneeling on America's national mall was captured and broadcast around the world on social media. This Munchian image of fear fueled anxiety serves as a ubiquitous meme of full on Trump Derangement Syndrom (TDS) which has infected so many citizens of the world. TDS is real.

The image of this mannish womyn screaming at the top of her lungs was turned into a popular meme consisting of 9 squares representing each of Trump's years as POTUS with an arrow stating "you are here" pointing to the current year. It's been circulating around the internet since January 2017 with the arrow advancing relentlessly, year after year, as the MAGA reformation proceeded haltingly through the DC swamp. 2017... 2018... 2019... 20screeeeeech crash, boom, bang. 2020 was rolling just like every preceding year with Trump side-stepping the Swamp’s impeachment quicksand pit, exposing the culpability of the IC in the Russian Hoax and riding a roaring economy into the November election. The Dems were self destructing with a primary process that was about to nominate an old communist Jew from Brooklyn as their candidate which would have sealed the MAGA win for POTUS, Senate and House. And then, while Trump was kick’n back with his BFF Modi in India a deep state conspiracy was launched by China, multinational corporations, the Democrats and the #FakeNews media to scare the nation with Chinavirus and close down the US (and by extension the World) economy. The entire play, including the history that lead up to it, is detailed in "Trump At War With The New Confederacy" which explains how we got most of the way the "here" in You Are Hear. The problem for the New Confederates is that Trump beat them at their own game and instead of accepting a  6 month to 6 year Great Depression 2 as his MAGA legacy the Elvis from Queens went along with the economic shutdown in mid-March, stole $6T+ from the US Treasury and then essentially reopened the US economy by mid-April. They thought Trump would fight the WHO/CDC Chinavirus pandemic and insist that American businesses stay open Swedish style which would allow The Swamp to force his removal from the Oval Office on the grounds that Trump cares more about money than We the People. Didn't happen and once Trump got his money through the CARES ACT he started a daily corona virus briefing where he spent two hours ruining his enemies life and making a mockery of their stupid pandemic.

The day the #FakeNews realized Trump had scuttled their plan to destroy the economy was on April 24 and can be summed up in the Vanity Fair article titled "Yes, Trump Actually Suggested Injecting Disinfectants Into Your Veins Could Cure Coronavirus." Pretty funny, right? And for a month the Leftist traitors had to watch the US economy open and recover beautifully - a reality that was confirmed in early June with the government jobs report - "May sees biggest jobs increase ever of 2.5 million as economy starts to recover from coronavirus." But the New Confederacy didn't wait for the numbers to come in before initiating a Race War/White Riot by taking a knee on a hapless criminal named George Floyd on May 25th. 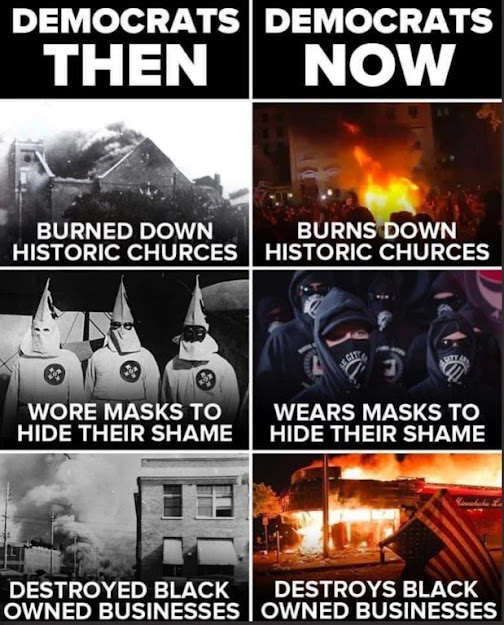 On May 25th the gloves came off and violence - just a foreshadowing of violence yet to come - was unleashed on the simpleminded citizens of America who've been fed a steady diet of sugar-water and video poison for the past 50 years. When a veteran dirty cop like Derek Chauvin kills a veteran perp like George Floyd in broad daylight while being recorded on a 17 year old girl's cell phone for 9 minutes you know it's a planned op designed to incite riots because The “Thin Blue Line” Is Very Blue.
Dirty Democrat Cop: Derek Chauvin Takes A Knee
Trump Fights Back: Trump Declares Antifa A Terrorist Organization, Blasts “Weak” Governors While AG Barr Deploys Riot Team To DC
George Floyd Gets Buried: Philonise Floyd Says Hindsight Is $20/$20
And now You Are Here. 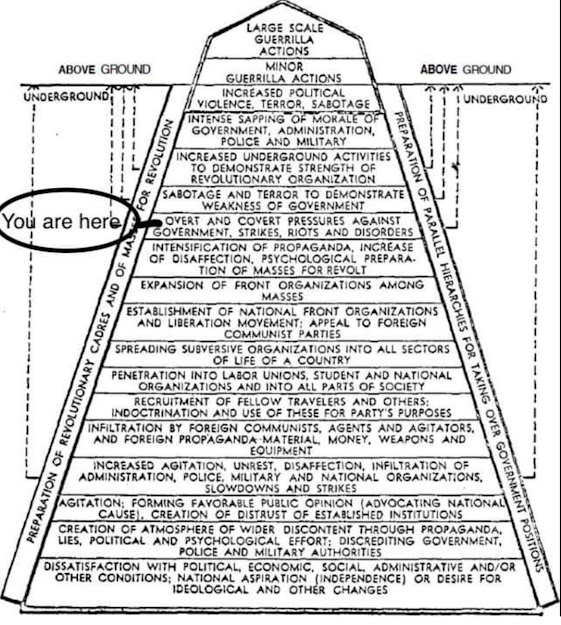 You might not believe it. You certainly will not like it. You were warned not to elect Trump or do anything meaningful to change the charted course the DC establishment had set for America's managed decline. But you just didn't listen and now You Are Here.
"Centuries from now, our legacy will be the cities we built, the champions we forged, the good we did, and the monuments we created to inspire us all.
My fellow citizens: America’s destiny is in our sights.  America’s heroes are embedded in our hearts.  America’s future is in our hands.  And ladies and gentlemen: the best is yet to come."
DJT