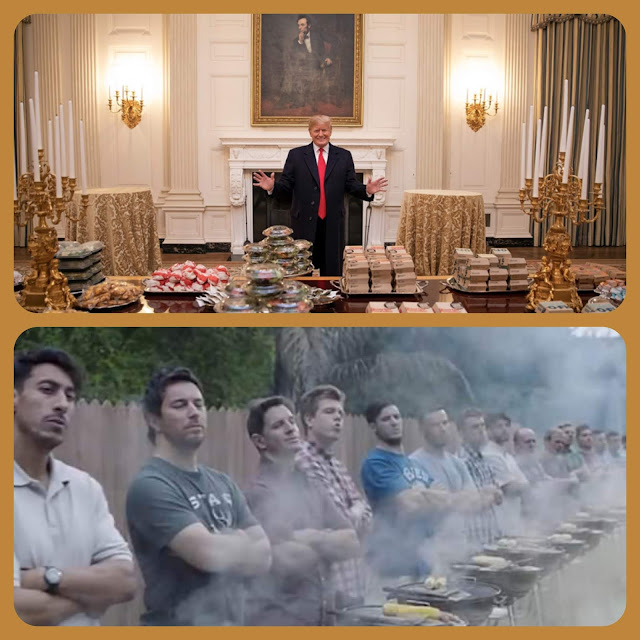 Nothing says true masculinity like a table full of Fast Food, candelabrum, DJT w/red tie and a bearded wrestler and world-class trash talker hanging on the wall. A triggered Philip Bump (toxic asexuality) wrote a deep dive investigation on the meal for WaPo which exposed the true cost of the meal, calorie count and map of where exactly the different burger brands were positioned on the banquet table. The Elvis from Queens calls it "great American food" and it really is when you consider that McDonald's has sold over 300+ billion burgers which, using Phil Bump's accounting, is $1.5 trillion worth of quarter pounders and selling just a billion of anything is almost impossible except in America where even a Utopian Socialist like King Gillette can sell billions of disposable razor blades. Before Mr. Gillette started mass producing flimsy toss-away razor blades he was an author and proposed in his book "The Human Drift" the formation of a united corporation or trust owned by all the citizens of the U.S.A which would gobble up and streamline competitive businesses in all Industries and provide an equitable and improved way of life for everyone. Part of his master plan was to move everyone in America to a planned mega-city called Metropolis located near Niagara Falls in upstate New York and house everyone in gigantic apartment buildings. Like all socialists King worshipped the machine and this eternal love probably served him well in the creation of his razor company but I simply make the point that Red Bernie Sanders or Hottie AOC are very weak tea compared to the real thing (i.e. a donor socialist) who took the time to write a book (several books actually) with detailed illustrations of what the new world of Material Equality and Combined Intelligence would be like. 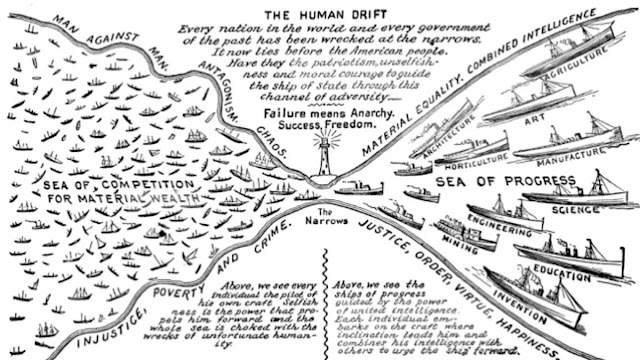 You probably get the idea but just to be clear - Competition is bad! I don't think the Clemson Tigers, who beat back the Tide like the Praetorian Guard to win the NCAA National Championship feel the same way because they've probably been basking in the glory, poppin' corks and eating free food everywhere they go, including The White House, for the past two weeks and my guess is that Trevor Lawrence will never be asked to pay for a meal in The Palmetto State for the rest of his natural life. To the victor go the spoils and that includes a Big Mac.

What in the absolute hades is this foolery #MAGA??!!?pic.twitter.com/D8CzLUxM1E
— Bishop Talbert Swan (@TalbertSwan) January 18, 2019 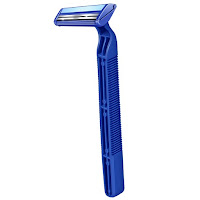 Every year on December 27th I stop shaving my face and let my beard grow until the Spring equinox on March 21st (or thereabouts) and I feel great about it for a few reasons, not the least of which is that I am bored with shaving. My wife hates it, and when I say hates it I don't mean that she really hates it like some other things I do did before I married her, but that she likes to complain about it and rub my whiskers and pine for the first day of Spring when I'll shave off my mutton chops. For personal hygiene at home I use the same Men's Twin Blade Disposable Razor they provide at any proper men's club, be it the R&T, the Knick or Reading Room it's always the same blade, because if it's good enough for the swells then it's good enough for me. I really don't care who makes it because the generic off-brand razors work just as well as any other and they don't cost much money. Which is a long way of saying that I am the last person that the marketing department at Gillette thinks about when they're designing advertising campaigns to sell their overpriced razors - I couldn't care less and there is absolutely NOTHING they could do to change my mind and entice me to buy a Fusion ProGlide FlexBall razor. The same can not be said about my wife and daughters. 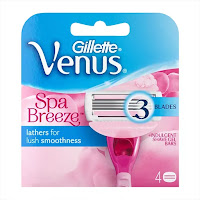 Women buy a lot of razor blade (including their husband's blades) and they are not psychologically opposed to paying more, much more, for what is essentially a commodity product if it has the right color or packaging or corporate philosophy. They call it a "pink tax" and Gillette has made a fortune by convincing women to shave their bodies which I, as a man, appreciate but acknowledge requires a big budget marketing strategy to maintain. If the SJW feminist broads are going to establish a #januhairy movement that mirrors my winter shaving hiatus then it must be combated with every psych ops tool available and that includes a Super Bowl ad the depict men as #MeToo scoundrels who need supervision and constant correction. A lot of men were offended by the "We Believe: The Best Men Can Be" ad and the scolding that Gillette seems to be giving it's own customers but these fine chaps don't understand advertising or who companies target with their messaging. You think Gillette, or any company under the P&G umbrella, doesn't know exactly who their customers are and how to reach them? Gillette couldn't care less what men think of their #MeToo "We Believe" ad because buying the family groceries at the supermarket or picking up medicine at the pharmacy is women's work and they buy the razors.


The most effective advertising isn't focused on changing a buyer's mind or opening their consciousness regarding social justice and toxic masculinity because as every great marketing professional will tell you (and P&G hires the best) the surest way to push product is by telling your customer what they already "know" and leveraging internal prejudice to "close" the sale. Looking at the "We Believe" advertisement in this light gives a stark but valuable insight into the way American women view men which, inevitably, impacts the way that men behave including the daily ritual of shaving ones face. Women who are watching the Super Bowl with a Billion other people worldwide don't need to be sold on toxic masculinity - they're watching a boys game played by grown men who are being paid a King's ransom to beat the ever living shit out of each other in an effort to score a touchdown. The entire bread & circus is owned and operated by Master of the Universe men some of whom share King Gillette's political philosophy and would be content to have America organized as a United Corporation run just like the NFL. More importantly, the commercial accurately represents how women view men in general which is as an endless line of ineffectual and indistinguishable dudes standing over their Weber grill and breathing in the hot air of their manliness. An interchangable, inarticulate commodity with almost no intrinsic value and even the best of them - The Best That Men Can Get - is not very good. Who's fault is that? Who's to blame for creating a society and culture so debased and rotten that men need to be reminded that senseless bullying and sexual harassment are not allowed? Was it the people who followed the philosophy of Abe Lincoln or the people who followed the philosophy of King Gillette? 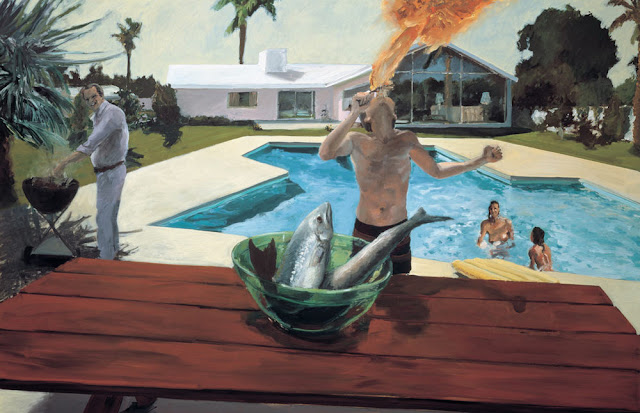 Here at the KOTCB blog it's Man over Machine and I pray to God that it will always be this way. Men will act out, joke around, create works of art, strive to be better and "compete" because it's the only way to set oneself apart from the other men on the endless shelfspace in a woman's mind. It's as natural as the hair on my face which grows no matter how many days, day after day, it gets hacked down. All of human life, for men and women, would be miserable if this natural law were altered - and it can't be changed anyway. So lighten up guys - being the best that you can be is never enough but it's a lot of fun and you really don't have any choice in the matter. If Gillette can brainwash these women into shaving their legs and armpits then take the win and just nod in agreement while thanking the good Lord for modern advertising and the Super Bowl.