Long time readers of the KOTCB know of my strong affection for France and its Republic so it should be no surprise that I celebrate Bastille Day with the best of them. I'm an American so why not? Here we celebrate le 14 juillet and Cinco de Mayo and pretty much every other day that's important to some culture or nationality. Call it American exceptionalism because this joie de vivre just doesn't fly with our European cousins. As it happens I had two daughters studying abroad this summer and here, for your enjoyment, are their 4th of July text messages to me.

First from my daughter who spent three weeks partying at the LSE and living large in the face of insane Islamic terror attacks and whatever else goes on in London (which is a lot of good stuff):

And then this from my high schooler kickin' it in Seville, Spain where they sleep all afternoon, eat dinner at midnight and party till dawn because it's so damn hot. 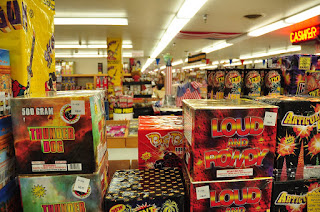 Yeah, they hate the 4th of July in the UK and Spain because we took it from them baby and all they got was Canada and Mexico - tough shit. As for the French, well, as it happens, I celebrated American Independence with a lovely mother/daughter pair from Normandy (one of the most badass regions of l'Hexagone) and my wife and I treated them to a 100% certified USA celebration. Burgers and chili-dogs from the grill, Carolina style slaw, fresh tomatoes and peach cobbler for desert - they'd never had anything like it. Once the sun set we didn't drive to some crowded park or community center to see fireworks with the masses but, because I live in America, I pulled out a few boxes of South Carolina's finest fireworks, set them up in the front yard, lit the fuse and ran like hell. These things shoot projectiles high into the sky in a syncopated rhythmic cacophony that's just as good as the shows municipalities pay tens of thousands of dollars (tax dollars) to put on and you can set them off anywhere you want. You can stick them in the back of your pick-up and let your patriotism fly while careening down the highway at 90 mph (that's mile NOT kilometers) and who's gonna stop you - all the cops are downtown doing crowd control at the fire works show. They don't celebrate the 4th of July in foreign countries because THEY CAN'T celebrate the American Independence - not the way it's supposed to be celebrated.

But I celebrate French Independence and France in general because, if for no other reason, French women rule. It must be something they put in the water or the dainty pastries/delicious bread they create or who knows what but the fact is you can spot them a mile away. Check it out - 4th of July night just before fireworks - can you spot the French women in this photo? 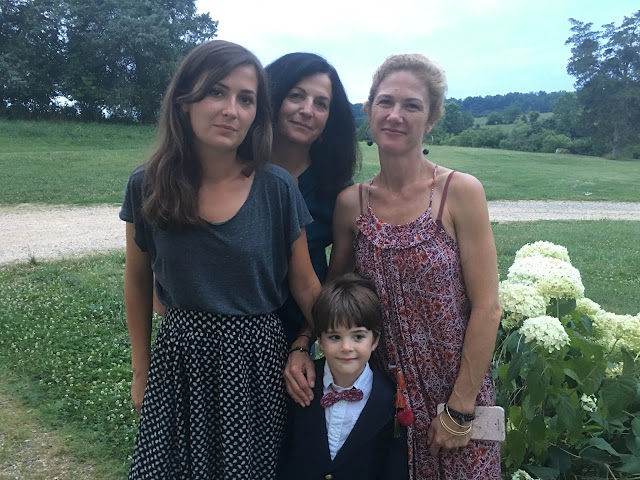 Yes, you can. Vive la France because we love you in America.