Not a monster, just a socialist

April 14, 2017
HuffPo says that Assad Is A Monster But If Trump Overthrows Him, Syria Will Likely Be Run By Terrorists. You don't have to do much digging to see why - take a look at this from the Wikipedia entry on Bashar al-Assad.

Bashar Hafez al-Assad was born in Damascus on 11 September 1965, the second oldest son of Anisa Makhlouf and Hafez al-Assad. Al-Assad in Arabic means "the Lion"; Assad's peasant paternal grandfather had changed the family name from Wahsh (meaning "Savage" or "Monster") upon acquiring minor noble status in 1927. 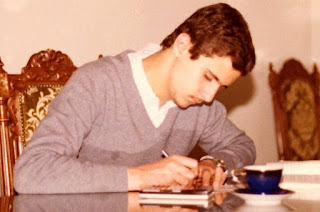 Bashar Wahsh is hardly what I would call a monster - an eye doctor maybe, married to a computer scientist and international banker. His glide path was to live large in London with a beautiful and glamorous wife while his brother Bassel took over the family business of butchering rebellious Sunni's in the south and keeping Syria in Ba'athist order. Fortune, sadly, had a different destiny for this lanky lisping Alawite as his older brother, groomed from childhood to follow in their fathers footsteps, died in a car accident and left Bashar holding the reins of power. He had to go back to Damascus and begin his "training" at the hands of his dad Hafez al-Assad who formed this soft clay into a socialist autocrat. One of the thorny issues inherent in socialist countries - especially ones built upon a cult of personality - is uncertainty about the line of succession and this might be especially true in Middle-Eastern nations. Hafaz was a strategic thinker and had no intention of opening that pandora's box once his time came to an end and if that meant pulling his introverted and "soft" second son back home to to prep him for the throne then so be it. Americans like to complain about Geo. W. Bush and his nepotistic rise to high office but imagine if you're a Syrian and this pencil necked toff appeared on your TV screen as president and started bossing you around. As it happens, both W. and Bashar assumed leadership of their respective countries in 2000 and though the first few years looked like a promising start to improved US/Syrian relations everything soon fell apart and by 2005 things were pretty bad indeed.


Syria has been under a state of emergency tantamount to martial law since 1963. A small political and economic elite dominates the country. Most of its members are from President Bashar al-Assad's Shiite sect, the Alawis, which comprises some 12 percent of the population. His father, President Hafez al-Assad, who was president from 1970-2000, brutally clamped down on internal dissent. Some commentators hoped that his son would move to ease the restrictions imposed during his father's dictatorship. But after a brief period of apparent reform in 2000, the regime cracked down on political opponents, and economic change remains extremely slow-paced. Some U.S. officials have recently questioned whether Bashar Assad's control extends throughout all of Syria, and some have raised the possibility that powerful security forces may be acting without his authorization. 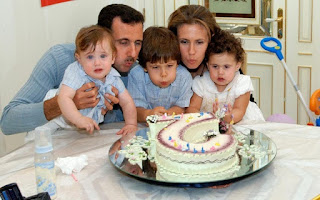 "Without his (Bashar's) authorization?" - What on earth would give you that idea? Trump calls Bashar an "evil butcher" and an "animal" - which is it? Because it can't be both - and the West is calling for his head (so to speak) but what if this family man isn't even giving the orders in Syria and he's just a proxy, a kind of political prisoner if you will, for the real monsters who do give orders. Does this geek have what it takes to tell Putin or the Supreme Leader in Iran to back-off? Hell no, and they probably don't even keep him in the loop for any of the day to day decisions being made on the battle field or apprise him of the end game except for one very important fact - "Do whatever we say or you and your family are dead" - which is absolutely true. So this guy goes on TV and says whatever he's told to say and then it's back to the safe house for some cake with the wife and kids. Just another night in Damascus but the situation wasn't always so bleak for this young president...

Back in the age of Hope & Change (2008) "Syria's Assad congratulates Obama, urges dialogue" that might bring peace to the region. He was "no longer the pariah President" and let's face it, Bashar "is good at the people stuff" and it was now "time for Bashar al-Assad to deliver." Even WaPo's CIA bullhorn was shouting out the good news:


A relaxed Assad clearly believes that Syria is emerging from its pariah status. An international tribunal is still scheduled to meet in The Hague to weigh Syria's alleged role in the 2005 assassination of former Lebanese prime minister Rafiq al-Hariri. But in the meantime, Assad is receiving a stream of visiting diplomats. He looks like a ready partner for Obama's diplomacy, but a cautious one -- waiting to see what's on offer before he shows more of his hand.

Now, if you want to blow your mind read "Barack Obama’s Courtship of Bashar al-Assad" by CLAY CLAIBORNE which will take you through the names floating along the "stream of visiting diplomats" and all the blind-eyed negotiations the previous administration did with this monster leading up to and during the start of the Syrian civil war. As has been pointed out in an earlier KOTCB blog post the Vogue puff piece "A Rose in the Desert" probably pushed many Syrians over the edge and into open rebellion, but be that as it may, Obama didn't help matters and Claiborne makes an excellent (and totally overlooked) point at the end of his article which can not be stressed enough.


10 days later, 20 August 2012, President Obama made a surprise visit to the White House Press Briefing in person and took questions on Syria. Apparently, he wanted to make his Syria policy clear and unambiguous: There would be no no-fly zone or any other US military action against the Assad regime or military support for his opposition provided he did not use significant amounts of chemical or biological weapons when committing his mass murder. Obama said:

"I have, at this point, not ordered military engagement in the situation….We have been very clear to the Assad regime, but also to other players on the ground, that a red line for us is we start seeing a whole bunch of chemical weapons moving around or being utilized. That would change my calculus. That would change my equation."

That statement told Assad there would be big trouble if he used massive amounts of weapons of mass destruction. It also told him that if he continued to do his killing with long-range artillery, tanks fire, helicopter gunships, jet planes dropping cluster bombs, incendiary bombs and thugs on the ground with guns and knives, there might be more sanctions, but the US wasn’t going to stop him.

So I ask you, dear reader, who is the real "monster" in this story? 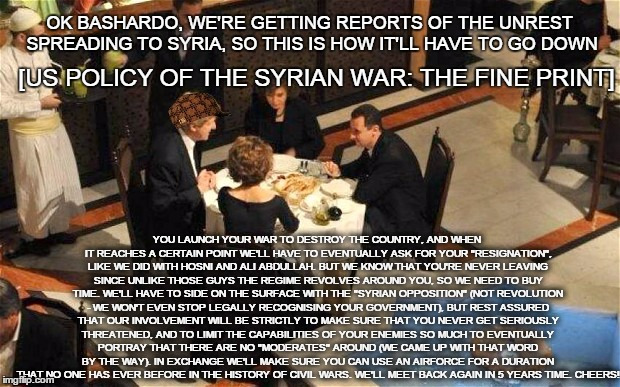