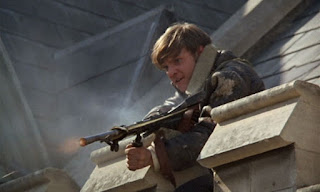 I will say this first and foremost, the idea of sending Deputy Press Sec. Sarah Huckabee Sanders out on the Sunday morning news shows to answer questions about Trump's weekend tweets and the accusation that former president Obama tapped the phones at Trump Tower was absolutely brilliant. I wish there was a wire tap on the phone lines of John Reiss, Jonathan Greenberger, Mary Hager and Jessica Loker when the White House told them that the person available to answer questions about the presidents tweets was Mike Huckabee's daughter. The only network to take them up on the offer was ABC and if you ever wondered what it's like to watch a fancy pants college educated feminist confront a pleasantly plump mom at the local PTA or town council meeting, well, here you go:

The stooping condescension and sputtering "If, if, if, if, if..." is the type of interpersonal communication that Sarah Sanders has grown very accustomed to after years of such treatment and you can see from her placid reaction that this insulting exasperation doesn't fluster her in the least. There is something mischievous and wonderful about Donald Trump and the way he blows up the press narratives that are coordinated and formulated to bring him down. As someone who loves counterculture movies and music but hates what emerged from the counterculture "revolution" the Trump presidency is pure joyous rebellion and a long overdue cleansing of a cultural and philosophical rot that has ruined America's nationhood. When I see the crew on Morning Joe, a group of people who know the workings of government and the abuse of power commonly employed by said government, lying (repeatedly) and warning America that "the ship is sinking" I laugh my ass off:

"When you are out speaking for President Trump, I would urge you not laugh at yourself because this is not funny. This is really bad. Just for the record, we are all really nervous. So if people out there feel nervous, we do too. We don't think this is funny."

Mika Brzezinski is the daughter of Zbigniew Brzezinski who was Jimmy Carters National Security Advisor and for her to sit there on morning television and act dumb hour after hour, day after day is beyond belief. Do "people out there feel nervous?" Her people do because they don't want congress or the press or anyone else looking into the NSA/Security State wire tapping protocols or uncovering the truth about tapping Trumps phone. The idea that Trump would threaten to expose this aspect of national security policy and practice has blown peoples minds and that threat of disclosure is driving the media to disavow previous reporting and former agency heads to run for cover in a CYA crouch.

"Help the house and you will be helped by the house" 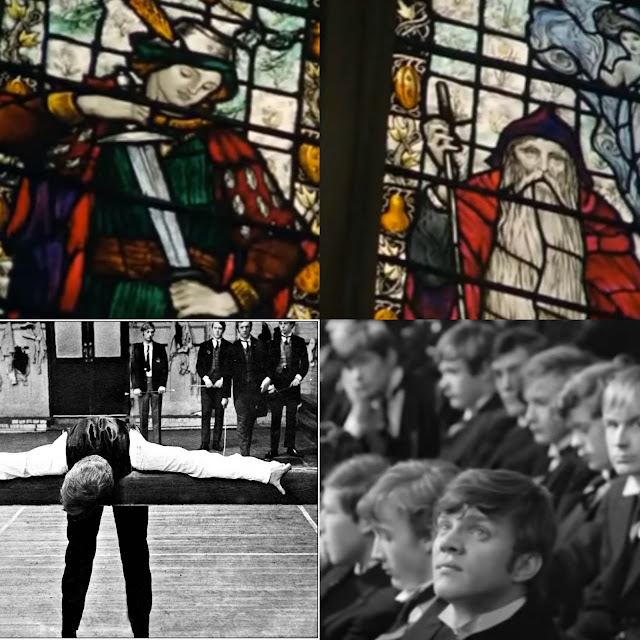 It all brings to mind one of the great counter-culture films of all time, "If..." directed by Lindsay Anderson from David Sherwin's screenplay that pitted a group of nonconformist "Crusaders" lead by "Mick" Travis (Malcolm McDowell) against their English boarding school and it's band of enforcers known as "the Whips" - fellow students assigned by the school administration to maintain order and conformity in "the house." This movie is so dense and schizophrenic with layer upon layer of meaning that I almost hesitate to mention it for fear that it will lead me to write the longest blog post of all time so I'll stick to one relevant aspect of the story that resonates here and it has to do with the Headmaster of the school brilliantly portrayed by Peter Jeffrey. The character of the Headmaster is very benign as he is a man of the highest ideals and loves the pursuit of wisdom for its own sake and that includes an appreciation of the Crusaders struggle with conformity and the innate, primal need to act out. He is, however, completely oblivious to the corporal punishment and petty tyranny meted out on the student body by the Whips who live apart and above their fellow students with the tacit approval of the school administration. So when the Headmaster charges the Crusaders to clean out a school basement as penance for their misbehavior and Travis stumbles upon a cache of weapons the misfits realize that they have the means of exacting their revenge. This triggers the final apocalyptic battle where the Crusaders "smoke out" their enemies from the church and cut them down with machine gun fire in what can only be described as an act of terror, when terror was cool. In the heat of the massacre the Headmaster steps forward to put a stop to the violence and implores the Crusaders to stop shooting because, after all, he understands them, and promptly gets his brains blown out - Not by one of the Crusaders but by their townie girlfriend* who has nothing to do with the school and is just along for the joy ride. Thus ends the film as both sides of the conflict shower each other with bullets symbolic of the momentary catharsis that revolution affords us.

Revolutions are not permanent - they can't be because human beings don't work that way. People want normalcy and repetitive patterns as a way to order their lives. A good revolution might last weeks or even years but eventually it fades to black so that people can exit the theater and go off to sleep. The notion that Donald Trump is a Sex Pistol is entirely accurate in my view and Donald Trump is the punk-rock president America deserves but even the Sex Pistols only lasted for about a year and a half. What followed was derivative schlock and reactionary blather that did nothing but "normalize" the Punk Rock revolution or, even worse, formulate a sugar coated placebo that promised to make all the troubles Johnny Rotten and Sid Vicious fomented go away. So while Trumpism might be the new punk rock the actual guy named Donald J. Trump needs to run the a global superpower called the United States of America and he can't do that until he brings the Whips to heel and let's them know there's a new Headmaster running things. The most effective way to do that is to fire a tweet deep into the skull of his predecessor and then point his weapon of choice directly at the pesky boys who've caused so much trouble - It's called a Mexican standoff and there are really only two options 1. shoot and be shot or 2. slowly back out of the room and live to fight another day. From what I've seen there's a lot of anger and confusion about the methods the president used to get the "Trump loves Russia" story tossed into the ash bin of history, but a reluctant, petulant acceptance of it's demise has set in. I doubt the FBPOTUS will be any more articulate in countering Trumps taunting than he was during the election so were on to Obamacare repeal and building the wall.

*As an aside I'd like to point out that the "I'm like a Tiger - Stone, Paper, Scissors" scene is one of the most profound 5 minutes in all of film history.