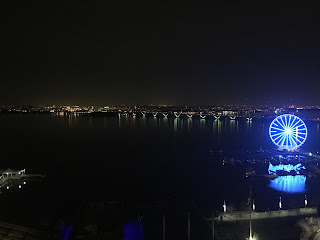 On the other side of the Woodrow Wilson Bridge there's a big beautiful new development called the Gaylord and what better place to hold the Conservative Political Action Conference (CPAC). You've probably heard of it because it happens every year, always gets coverage and serves as a bellwether for orthodox conservative thought in the U.S.A.  This year the Gay Lord got bounced from the Gaylord because McMulligan hacks dropped a video bomb on the Alt-Right and FAKE NEWS radiated the entire conference with Milo hate. It's too bad because CPAC had a very hip vibe this year and there was a sense of exciting change in the air which Milo Yiannopoulos would have played like a meat flute had he been given the opportunity. But as Steve Bannon pointed out in his comments on Thursday, the American people are confronted by a "corporatist, globalist media that are adamantly opposed" to anything and everything Trump - including Milo. 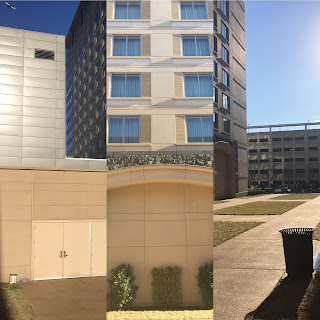 It's not all beautiful and like every large development there are dirty back alleys and strange nether spaces where the working end of a building bumps into an unusable dead space that leads to a mammoth parking garage (because the only way you can get to this place is by car). Brown and grey with a few shrubs tossed in for color and texture these are the empty, unusable places in contemporary architecture. What is it used for? Nothing. It's what's left behind so that the lobby and rooms and convention hall can shine like the sun. While most people bask in the luxury of marble floors and high ceilings there are those intrepid souls who wander around and out into emptiness. They think about it, they think about the design that brought it into being, the compromises the architect and developer made and demanded the builders fulfill leaving a dull, useless and anguished area in their otherwise exotic fantasyland. Some real estate guys will not stand for it and go over every detail of their projects to make sure that no empty dead spaces exist in their projects. 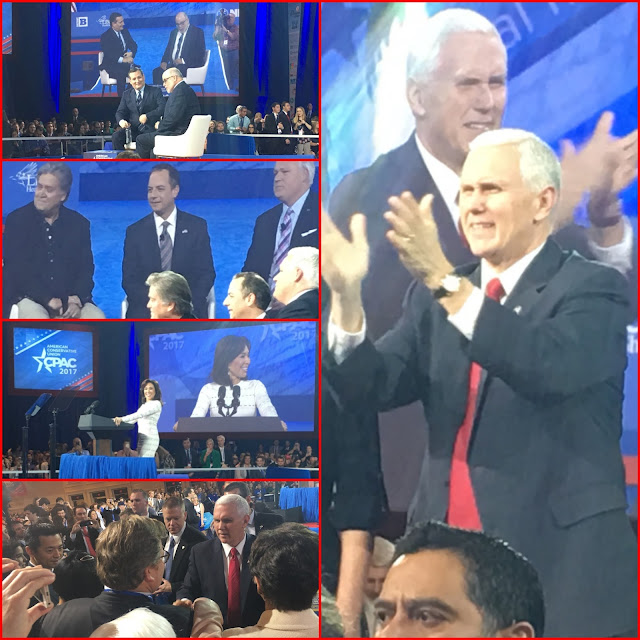 CPAC was a happy place this year - The happiest it has been in years according to long time participants. Almost everyone was on the Trump Train and loving the new order. The host and hostess, Matt and Mercedes Schlapp, are delightful people (the best kind of people really) and they attract good people to their event. Young and fun the place is filled with young strivers and adventurous old hands who don't mind shaking things up. There were a lot of laughs and some deadly serious moments but hanging out in a crowd of 10,000 who all thought that Making America Great Again sounds like a wonderful idea is a wonderful way to spend 3 or 4 days. Highlights from Thursday:
I shook hands and talked with all these people and I think they liked me as much as I liked them but who cares what they thought - lets listen to what I thought (Joe Thomas WCHV 1260 AM interview). Joe is a great guy who fights to good fight in Charlottesville VA which is not easy territory to fight in and he was kind enough to give me air time and boost the KOTCB blog. The interview took place on Friday AM just before the main event - The Elvis from Queens who owned the day and knocked 'em dead with Trumpian authority. 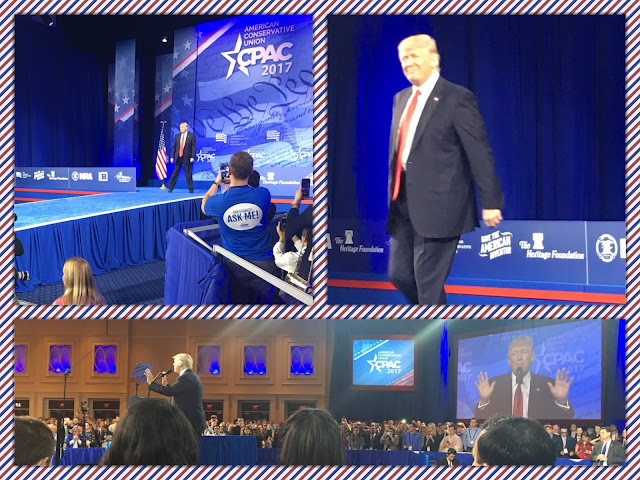 He's the boss and he's turned all of these squabbling conservatives into one big happy family who has his back and sing his praises. There were a few disgruntled journalists milling about the green room and some whacko's in the convention hall, but there was not Glenn Beck or Rand Paul or Bill Kristol or any other #NeverTrump establishment tools taking to the stage to assert "true conservatism" and disparage the movement. All MAGA, all the time at CPAC TPAC this year and that means it's going to be TPAC from here on out.