February 02, 2017
According to Amy Davidson of The New Yorker:


"There were several ghosts present at the ceremony on Tuesday night, in the East Room of the White House, at which President Donald Trump introduced Judge Neil Gorsuch, of the United States Court of Appeals for the Tenth Circuit, as his nominee for Supreme Court Justice. Some were mentioned and others ignored, but all together they gave the event an unsettled air. The President didn’t seem to notice."

And the reason that the POTUS was oblivious to the haunting doesn't get revealed until the last paragraph of the article, but when it does you sort of say to yourself, "I should have seen this coming."


"The Republicans, after all, were able to keep this seat open for close to a year by refusing even to acknowledge President Obama’s nomination of Merrick Garland, whose credentials are no less impressive than those of Gorsuch. Trump did not mention Garland on Tuesday night, as he led Gorsuch to the seat that Garland should have filled, on a Court that will, for a long time, be haunted by his absence."


Ah, "The False Promise of Meritocracy" and all that it implies for our nation and its civic leadership.


"The paradox of meritocracy builds on other research showing that those who think they are the most objective can actually exhibit the most bias in their evaluations. When people think they are objective and unbiased then they don’t monitor and scrutinize their own behavior. They just assume that they are right and that their assessments are accurate."

So "when the GOP stole Merrick Garland’s Supreme Court seat, they set the stage for a miserable battle" and "in fact, the U.S. Senate should refuse to confirm anyone President Trump nominates to the Supreme Court—until Trump renominates and the Senate confirms Judge Merrick Garland." So claim the most objective mediums at the seance, but I fear they might be missing an even bigger specter in this tale of terror. For while it's true that justice Garland was qualified with a stellar resume and broad experience the true problem of meritocracy is the inherit limits a striver is burdened with by THE ONE who bestows the awarded "merit" so sought after and cherished on the assent to the summit. It was president Obama who suffered the contempt of the Senate - not Merrick Garland and this fact had been made perfectly clear to BHO well before he announced his nominee to fill Nino's suddenly (mysteriously) empty seat.


“I hope they’re fair,” the president said of Senate Republicans during his Rose Garden announcement. “That’s all. I hope they are fair.”

This is for the deciding vote on the Supreme Court you jackass and the GOP told you the day after Scalia's passing that they were not going to confirm any SCOTUS appointments before November 8th - period. And you think it's "fair" to drag poor old Merrick Garland into the White House Rose Garden and nominate him for a job he's never going to get. Just hang him out to dry like some white shirt on the line with all your other dirty laundry. Because if Trump gets elected he will not get confirmed and if Hitlery gets elected HE ALSO WILL NOT GET CONFIRMED. Sure, MitchMc might have tried to push him through hearings in the lame duck session but Crying Chuck would have filibustered claiming that the new POTUS deserves Her own choice. So the question springs to mind - what kind of "judge" is willing to throw his career, reputation and dignity on the pyre of liberal vanity to advance the interest of the Democrat party? (We're talking about human sacrifice here, after all). 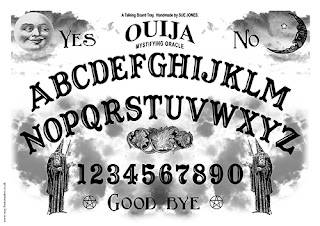 An apparatchik 'mensch' draped in a black robe, that's what kind of judge Merrick Garland is and he's more than willing to take a (metaphorical) bullet for his side. Married to the daughter of Samuel I. Rosenman with a home base of Bethesda, MD and a seat on the D.C. court of appeals this guy is a New Deal centralized power "Progressive" interpreter of the living constitution if there ever was one and whatever circumspection he's shown in lower court rulings is only a stratagem to win confirmation to the high court where he would promptly jump the traces of constitutional limits and pull up a chair around the Ouija board with his colleagues and make shit up as they receive it from the world beyond. Hey, that's fine, RGB and KKKagan are part of the same cult, but I don't buy into this concept of a "stolen seat" or that there was anyone on either side of the political isle, including the POTUS - including the nominee!!! who thought there was a pure white snowballs chance in hell of Merrick Garland ever getting confirmed as a Justice on the SCOTUS.