Revenge of the Bush

October 08, 2016
The Bush clan don't play it any different than the Clintons - Ask Mike Dukaka (Willy Horton) or John McCain (S.C primary) or John Kerry (Swift Boat). And I actually don't have a problem with that because politics if a tough business and if you get in the game you're going to get bloodied. And if you're taking on BOTH the Bush and Clinton crime syndicates you better expect to have both eyes cut by the 13th round of the fight - which is about where we are. Two more rings of the bell and we'll get a decision, unless someone can land a knockout blow and I know the challenger just took one to the kisser, but I don't see him on the mat yet.

There are a couple of reasons why Trump is still standing and one of them is what he actually said:


"When you're a star, they let you do it," Trump told Bush aboard a bus marked "Access Hollywood," the entertainment show Bush hosted before joining "Today" in May. "You can do anything. ... Grab them by the p---y. You can do anything."

It's the truth. Sorry people, I know it hurts to hear it and you wish it wasn't true but it is true and, as is his custom, the Elvis from Queens has blurted it out in an abrasive and direct fashion that makes the truth that much harder to swallow. If you're a star - a celebrity in sport, fashion, cinema, music, television, academia, philanthropy, etc. - you CAN do anything. Opportunities to grab some pussy open up in a way that mere mortals can scarcely imagine - Ask Billy Bush if you don't believe me because he knows all about it.


The unavoidable next question is: How many other people in the media have had similar conversations with Trump and, like Bush, decided to keep quiet? Bush is rightfully "embarrassed and ashamed" of his own conduct, but it seems unlikely that he is unique among TV news stars.

Umm, yeah, you can say that again. What a pathetic joke this entire "hot mic" story is - from start to finish it's a lie. Check out this bullshit from CNN Money on how it happened:


The videotape of Donald Trump that is shaking up the presidential election sat forgotten on a shelf at NBC's "Access Hollywood" until just a few days ago.
On Monday, according to an NBC source, one of the entertainment newsmagazine's producers remembered Trump's 2005 taping session with former "Access" co-host Billy Bush.
Trump's offensive comments about Alicia Machado were still making waves. And the Associated Press had just published a detailed story quoting former "Apprentice" employees saying Trump "was lewd and sexist" while taping the reality show.
With that in mind, a producer dug up the tape.

A producer? What producer might that be? Does that producer have a name?
No producer "dug up the tape" - This video has been waiting on the shelf for months and was released coincidentally on the day that WikiLeaks released John Podesta's email communications with HRC. There will be more. There will be a lot more coming out over the next 4 weeks and it's going to be an amazing thing to watch. 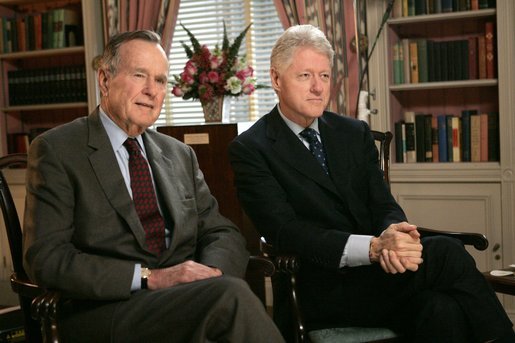