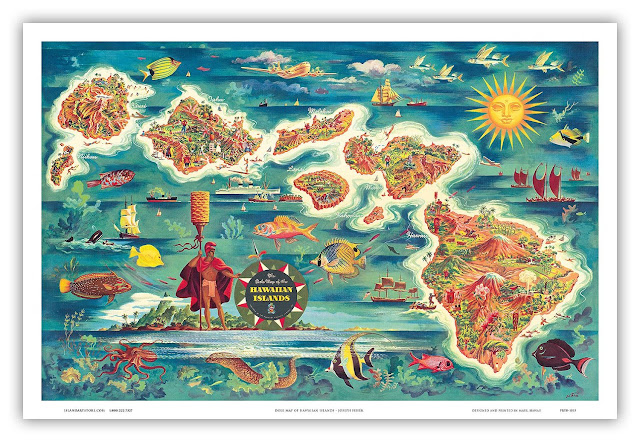 Have you ever been to Hawaii? I'm from the mid-Atlantic region of the USA so for most of my life I'd never made the trip. If I need to visit some island paradise I hop on a jet and fly down to the Bahamas or Jamaica or (maybe) further south to Antigua and kick back with a lime punch in hand surveying the pink sand and crystal clear aqua sea while surly natives cook, clean and bang out some sweet melody on the steel drum. The gated compounds are lush, manicured mirages populated by beautiful people and if you're feeling adventurous you can always hire a van to drive you and your friends/family to a remote and magical spot on the island for a swim underneath the waterfalls or snorkeling at a fish flushed reef. It's beautiful and relaxing and exotic so why waste the time (10 hours from IAD) and money (Hawaii ain't cheap) to visit some remote islands located in the middle of the pacific ocean when the West Indies are so much closer and (sometimes) cheaper. I mean, Hawaii couldn't be THAT much more spectacular and amazing than Jamaica, right? Wrong! 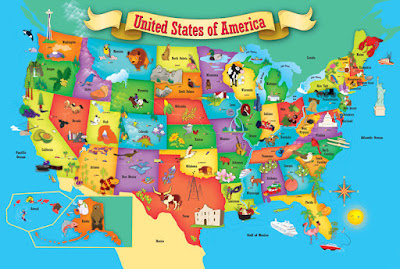 Hawaii is Shagri-La. Hawaii is one of the most amazing places on planet earth and makes the dingy Caribbean islands look like rat and bug infested sand traps where people drink like fish and pass out in their back porch hammock waiting for the next hurricane to sweep them and their flimsy aluminum shack out to sea. The Hawaiian islands rise out of the sea like the mighty crown of Poseidon encircled with clouds that sprinkle rain on it's lush green fields and forest scattering rainbows across the sky. There you can walk, as Adam, sky-clad eating delicious fruit picked from the trees and watch whales breaching a hundred yards off the beach your Eve is sprawled upon waiting for you to make mad love to her. And where is this paradise located? If you're like me you probably envision Hawaii located just off the Cali/Oregon cost surrounded by a white box - you know it's out in the Pacific Ocean somewhere but its longitude and latitude is a unknown and trivial.

Hawaii exists in the middle of nowhere. It is so remote that it's incredible there were any indigenous people inhabiting the islands - how the hell did they get there? Who was the brave Polynesian that canoed deep into the endless sea to find it, and how did he find his way home to tell the tribe? Europeans didn't even know the place existed until two years after the US Declaration of Independence was signed when Capt. James Cook washed up on shore and started infecting the natives with disease. Those natives that did not die of measles killed each other in bloody civil war that left the islands a political basket case for 150 years until it became a US State in 1959 (a little over a year before Barack Obama was born there). Hawaii is a lot of things but one thing it is NOT (except on paper) is the United States of America.

Which brings me to "birtherism" and the insane drama surrounding the issue of Obama's birthplace. The truth, the larger truth, is that the DC cartel and their PR department called the national media don't care if Obama was born in the USA and they think the entire issue, constitutional though it might be, is an anachronistic requirement from a bygone and discredited era. They wouldn't care if he was born in Kenya, which is only slightly more distant and exotic than Hawaii, far away from the US mainland - they don't even like the fact that this "illegitimate" issue is being raised. The 44th POTUS didn't live in "America" (the North American Continent) until he was 18 years old so his formative years - the years where he leaned what it actually meant to BE an American were spent in paradise and hell (Jakarta, Indonesia). This is the birtherism issue and it has nothing to do with race, but rather, weather this USA should be lead at the top by someone who has so faint a connection at the deep psychic level (in his subconscious) with the land, traditions and people of the country he represents.