“This is certainly a moment in our history that you don’t want to miss,” continued Belafonte, on the festival. “We’ve been trying to figure out how to let people understand that more fully and the best way for us to describe it is sort of like a multicultural, predominantly black Woodstock.

T.I. is one of my favorite rap artists so the news that he's organizing a Blackstock is pretty exciting even though I might not be multicultural enough to participate (which is no problem because there are already hundreds of music festivals for people like me) and I'm excited to watch the performers from the safety of my living room couch through the infernal Internet - I'm assuming there will be a live stream of this 21st Century Black Woodstock. This fact alone will make it significantly different from the original "Woodstock" which took place in the middle of August at a farm in Catskills almost 50 years ago because, aside from an documentary film and soundtrack, Woodstock lived (and lives) primarily in the oral tradition and mythology that was passed down by its 400,000 non-multicultural participants. I remember, as a teenager, hearing the tails from those preppie-hippies 10 years my senior who made the trek up to Yasgur's Farm and had a front row mud patch at the festival - their stories were not captured in the film, but if you mine the Dark Web you'll find the tales of drugged out debauchery, miles after mile of cars abandoned on the rural roadside, the rain "oh, man, the rain was intense" and unsanitary conditions that occur when you cram hundreds of thousands of white people together.

The good news is that music festivals have become much, much better at handling logistics - lots of parking, bathrooms, food, trinkets, lawn chairs, fresh water and trash cans. Of course that costs money so you'll need to drop a few hundred bucks ($50-$100 for a day pass) just to get through the security gate + all the add-ons like camping fee, showers, VIP passes, etc. and it gets kinda pricy. Keeping the average contemporary music festival just as "white" as the granddaddy of them all - Woodstock. 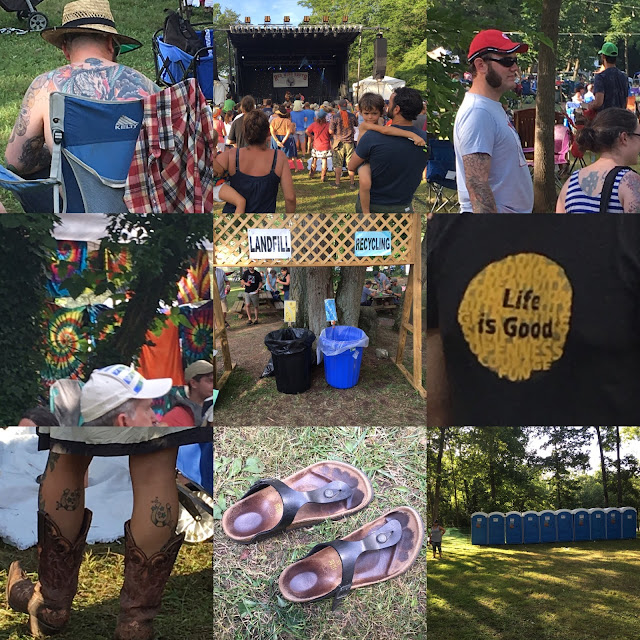 Sure, you'll see a white guy wearing a Black Lives Matter tee-shirt walking around with is haggard wife and 4 kids and lots of PC millennials hanging out with their hippie grandparents, tattoos and nose rings, leather, beads, armpit hair and other natural wonder, but you won't see any black folks. Maybe it's the steep ticket price that keeps them away, or the indie musical acts which tend to be AltCountryRock (i.e. not black) or just the "out in the country" vibe with grass, dirt, heat, bugs, smell and disorienting alien atmosphere but for whatever reason you can scan the crowd for a long time (sometimes forever) and never see a black or brown face. It's weird, but true so I don't blame T.I. for creating a Woodstock for "his people" because integrating with these white hippies is just impossible. It took eight years to go from Yes, We Can to We Will Not - but here we are. Thanks Woodstock!