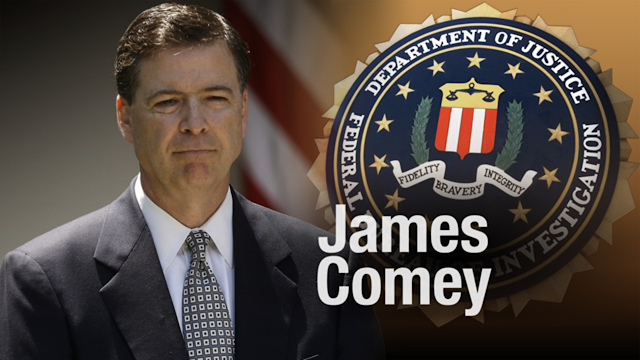 This will be an unusual statement in at least a couple ways. First, I am going to include more detail about our process than I ordinarily would, because I think the American people deserve those details in a case of intense public interest. Second, I have not coordinated or reviewed this statement in any way with the Department of Justice or any other part of the government. They do not know what I am about to say.

3. Some time in the next 10 days I'm going to drop the hammer on the Clinton Foundation and just like today nobody is going to see it coming. Also, all the folks who are lauding me today will hate me and all the people who are hating me today will laud me because they're all corrupt scum.

Oh yeh, that's right people, there are two FBI criminal investigations going on and only one of them wrapped up today with a "why bother" brush off. Why bother with the email server? The Clinton machine would just focus all the attention on it and deny, deny, deny until people get frustrated and bored with the subject. And they'd focus only on the email server (servers actually - turns out there were a few of them) and use it as a straw man to distract from the big red elephant in the room - the criminal collusion between the State Dept. and the Clinton Foundation. Forget the email server - let's clear the table and get ready for a big slab of red meat that everyone can chew over. It's coming... Any day now.