July 19, 2016
I used to read The New Yorker, I was a subscriber pre Tina Brown and liked to read through the meandering articles and poetry and cartoons. I liked the magazine covers. I liked seeing what was going on in NYC (at the time I lived in Washington DC - land of lawyerly stiffness and ladies dressed in business suits) with its abounding arts, theater, film and every other kind of entertainment or diversion. Honestly, on any given night in New York City there are literally hundreds of worthwhile things to do or experience and The New Yorker listed them all so that everyone living in a glorified cowtown like DC could just sit and stew over the banality of their 2nd tier existence. Most of all I liked the strange netherworld the magazine inhabited - like a cross between a literary journal and Needlepoint Now with a little Farmer's Almanac tossed in to the mix. That's a long way of saying that there was something very "American" about The New Yorker in spite of the fact that it was written, edited and published in New York. But in the mid-80's this book was snatched up by Condé Nast and by the early 90's it was transformed by glamour loving British woman into an overly wordy version of Vanity Fair that publishes illustrations that desecrate iconic American images. But yesterday the old New Yorker crawled up from the pit it's been buried in for so many decades and screamed out across the Hudson to that mysterious land beyond the Palisades: THE OPEN LETTER DENOUNCING TRUMP YOU’RE GOING TO READ ON FACEBOOK FOR THE NEXT FOUR MONTHS. And look, I'm not saying I expect The New Yorker to like Trump (though he represents a New Yorker much better than they're capable of admitting) but when they publish this kind of parody I have to wonder if the editors are contemplating hopping off the C train and hitching a ride on the Trump train:

Donald Trump isn’t just a bad candidate, he’s an existential threat to the United States. (tell that to JEB!)
Donald Trump is a racist thug. (but aren't they all)
Yeah, that’s right. I said it. (yeah, you said it. How brave you are)

Who wrote it? Some guy whose name you've already forgotten. Some guy on Facebook who sees the world like this: 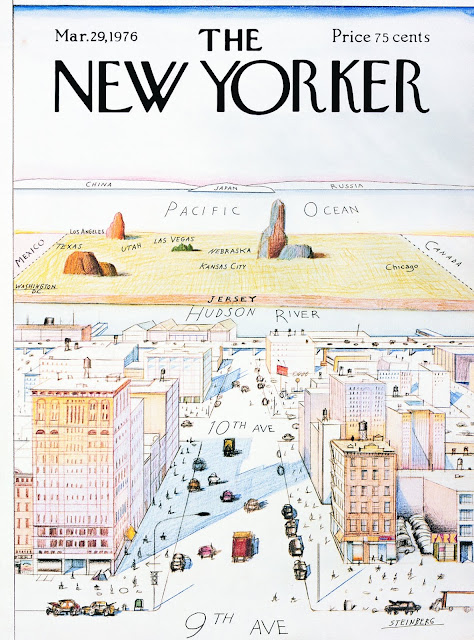 It's funny and oh so true - the amount of stupid vitriol spat out by busy little fingers on keyboards in the direction of Donald Trump is mind boggling. The whole piece is great, but the center section I copied above is spot on - it's exactly the kind of thing you read on Facebook and Twitter. And we'll all be reading a lot more of it after tonight once the GOP makes the Trump candidacy official. The collective meltdown on cable news coverage is wonderful to behold now that this thing is actually happening - the reality of it is finally starting to sink in and the stakes of this game couldn't be higher. Fantasy and dreamy scenarios are metastasizing into a nightmare of epic consequence and the only thing reasonable, worldly people can do is post their objections on Facebook. Warnings that will soon be forgotten like a sun setting on the amber waves of grain.