Show me your tears


Nice thoughts. Especially because Islam is a religion of peace.

My friends from around the world text me things like this:
"Nice, France slaughter, 80 dead, MG how long will it take for folks to realize?"

Answer: Three (3!) days after 9/11 I stood on the sidewalk at Union Square and watched thousands of free citizens march past me chanting and singing in an anti-war peace parade. They wanted to make a preemptive strike, psychologically speaking, on the body politic to forestall any military retaliation on the terrorists who had JUST FLOWN TWO COMMERCIAL JETS INTO THE ECONOMIC HEART OF AMERICA (and the Western world). I remember thinking to myself at the time - We're toast. We don't have the stomach or the commitment to outlast this adversary and, to be perfectly honest, an objective review of the parade of misfits in front of me gave me pause to contemplate the prospect that the Islamic whack-jobs had a more clear-eyed assessment of the battlefield and their adversary than I did. They see the fecklessness and the rot - the mealy-mouthed shame and cultural fragmentation - the empty, high-minded platitudes and schmaltzy emotionalism - and they perceive weakness and opportunity. And even if the Islamic State don't see this, the great powers like Russia and China do so if they couldn't talk hot-headed Mohammedans into doing the dirty work they'd find somebody else. The West has all the firepower but psychologically and emotionally the West lives in fear. 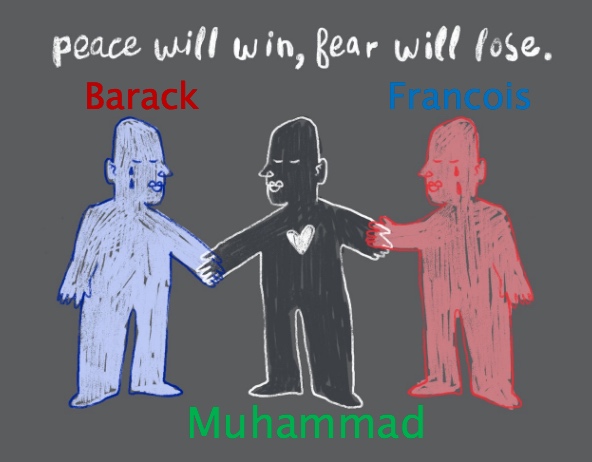 And now we're afraid of trucks. This is (I am absolutely not making this up - click the link if you don't believe me) the NBC News headline on the Nice terror attack.

Now smarty pants NBC News consumers know how to read and they know world geography (and maybe a little french) and they know that self driving cars are still in the prototype stage of development so they might understand what NBC News is trying to say here, but for the average rube surfing the internet it reads something like this:

Nice (as in pleasant or good) Death Toll Rises (going up) as France Mourns (frogs not happy) After Truck Attack (say what? A truck attacked someone? What the hell is going on with these trucks?)

But even the most worldly and wise act like they haven't understood any of the headlines from papers around the world for the past few months (not the mention years) and the numerous terror attacks from Istanbul (formerly Constantinople) to Brussels  to Orlando.

Got that? Shocked. The leaders of the world are SHOCKED at this terror attack. Can't frigg'n believe it. Jesus, where did this come from? Out of the blue baby - hit me like a rock in the head. Really blown away by this truck and the fact that it attacked all these innocent people. Stunned, astonished, dumbfounded...

And, it goes without saying but it must me said, sympathetic - sharing a feeling. Our pathos is universal and enduring - it would be eternal except some jihadi freak or a robot they someday control or a nuke they create is going to wipe our sniveling cry-baby asses clean off the face of the earth and that will be the merciful end of it. Until that day comes, show me your tears.