June 09, 2016
Yesterday Franklin Lee Burruss copped a plea and got what would have been a lifetime sentence reduced to 40 years with a 5 year minimum meaning that if he behaves himself he'll be free as a bird by the 2024 election and, thanks to Gov. McBloomberg, able to vote in the Commonwealth of Virginia.


As part of the agreement, Burruss’ first-degree murder charge was downgraded to second-degree murder — the language in Burruss’ indictment was augmented to remove the words “with premeditation” and include the word “maliciously.”

As any lawyer can tell you there's a fine distinction between "premeditated" and "malicious" behavior but for the life of me (and more to the point, for the life of Tayler Lindsey Burruss) I have a hard time drawing that line. Reading the accounts of the murder scene paint a clear picture of horror regardless of what qualifier you stick in front of it. The prosecutor, Jeff Haislip, gives a pretty good breakdown of what happened and how he came to his "malicious" 2nd degree murder plea:


“The more we looked at it, it appeared to be a domestic argument that turned violent very quickly,” Haislip said.

Hey, this is PALMYRA people (not Syria but Virginia) so understand that Franklin and Taylor had a pretty good 10 year run for an on again/off again romance that began when she was just 14 years old. All through those formative years this man (Franklin is 35 now) was shagg'n this country bumpkin good and finally married her in 2014. Marriage must have really soured their relationship and the result was and early morning knife fight and drowning in the couples hot tub. He must have felt like OJ confessing to Kato Kaelin when he dropped by his folks house at 3AM covered in blood and the guilt compelled him to attempt suicide 3 times that night. It's tough when you murder your wife weather you planned it all out or it just happened spontaneously - a few years in jail to cool off and think about it is probably a good idea. 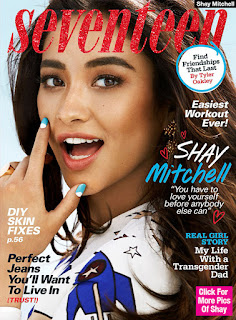 And Franklin can thank is lucky stars that he was prosecuted in  Fluvanna County, Virginia instead of right next door in Albemarle County, Virginia where the day after his plea was accepted another 36 year old man, LeRoy Tyvienne Hurd, was getting sentenced to 20 years in prison for "sexting" a 17 year old girl. Oh, it's more complicated than I make it sound because ya see, LeRoy was a coach at an very high-end private school in Charlottesville and the student he was inaproprakatly texting fell in love with him and carried on a romantic relationship with him when she was 18 (legal - not jail bait) and at 19 pleaded with the court not to prosecute but... a price must be paid for inappropriate texting. The judge was "lenient" and knocked the time served down to 3 years - what a guy!

With any luck Franklin and LeRoy will be put in the same prison cell when they go up to the big house. I can just imagine what their first meeting will be like when they shuffle into the cage in their orange jump suits.


FRANKLIN: Yeh, I felt horrible but I just lost it, you know. My lawyer says I'll be out in seven or eight if I keep my nose clean and do some school work. I don't know, I guess it could have been worse. How 'bout you? How long you gotta serve.
LEROY: I was sentenced to twenty years, but the judge kicked it down to three.
FRANKLIN: Jesus Christ, twenty years! What'd ya do to get that man?
LEROY: I was texting a 17 year old, telling her I wanted to have sex with her and asking if she was on the pill?
FRANKLIN: And you gotta do three years time for that? Shit, I was bang'n my girl when she was 14 ain't nobody said nothin'.
LEROY: Yeh, well, this girl went to STAB.
FRANKLIN: Oh, right.