May 04, 2016
With the Indiana primary results now official everyone is focused on the Elvis from Queens and his historic achievement which is interesting and worthy of comment at some point in the future. But the big news is the win for Constitutional Monarchy on the jackass ticket and the questions it raises which absolutely no one seems interested in asking. It's amazing but Hitlery has won 25 States or territories while Bernie is right behind her having won 19!!! They're practically tied now and with a slew of States favorable to Sanders on the horizon it could be a dead heat by June 5th and the Cali primary. The question every Democrat needs to ask themselves is:

Is it about men, women, choices, friendship and love?
or
Is it about compromise, love and being a good wingman?

There is going to be a reckoning for my Blue friends who are about to see what a contested convention actually looks like - everyone's been calling for one in Cleveland but it looks like we're going to get one in The City of Brotherly Love. 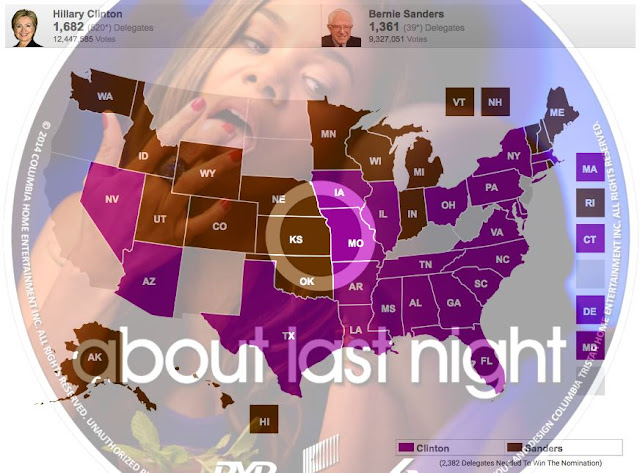 If not for the Democrat "Super Delegates" there would be a 300 delegate margin between the two candidates and the upcoming contests do not look promising for the current front runner. If they enter the California primary in a dead heat considering States and delegates won the Golden State might deliver a BIG surprise.