the politics of personal destruction 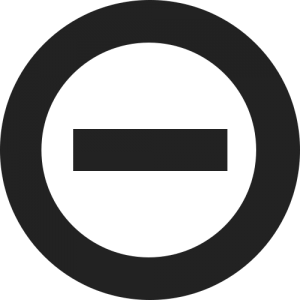 As a tax paying citizen living in Manhattans Upper West Side in the 1990's it annoyed me that I was represented by fatso Jerry Nadler in the US Congress. In the mid-1990's I toyed with the idea of running a campaign against him for the privilege of serving NY's 8th Congressional District (now the 10th) in the 1996 contest. My strategy was to take positions diametrically opposed to any position Nadler supported regardless of my personal views on policy and then ignore the subsequent discussion of the issues but instead, embark on a withering attack on Nadler's personality and human characteristics - especially his weight and sebaceous physical traits. This was before Nadler had cut out most of his stomach in an effort to shed a few pounds and I think it would have been a hilarious battle - I even had a slogan: Jerry Nadler, he's too fat to represent NY. My placard and campaign literature was going to be a simple minus sign on white background symbolizing my decision to run a purely negative contest focused on the politics of personal destruction.

What about a substantive policy debate? Didn't I believe in my own ideas and poli-sci foundation? Well, yes I did (do), and I had engaged my neighbors in such debate on many occasions - walking in the park, at the coffee shop, cocktail parties and other social events (some of which devolved into clenched fisted shouting matches) where I was, after all was said and done, called horrible names and had my personal flaws (of which there are many) listed and delineated for all to hear. I learned (the hard way) that nobody is more likely to engage in "the politics of personal destruction" than a left-wing moralist who's lost the argument on policy. More to the point, I learned that policy is not really the animating motive for people to cast a vote regardless of party - that might sound strange but it's true. The animating factor - the reason a person choses to vote for one person vs. another - is overwhelmingly personal and is not based on identification but on negation of the other. "Candidate X (Jerry Nadler) might be incompetent but at least he's not a stupid, racist, misogynist, homophobe like candidate Y (Mr. White Chocolate Chas T.)" and that's all that matters.

I would have lost, of course, but I had visions of standing on the corner of 79th & Broadway with my megaphone informing the die-hard commies that they'd lost the cold war and it was time to move on. I know I would have had a small band of compatriots who would have partied hard and loved the heterodox movement, but I wanted to make some money and because I am not a native New Yorker I really didn't feel it my place to ask Manhattanites to elect me to cast their votes in the House. I hate carpetbaggers and don't fancy myself one and winning 10% of the vote is not my idea of success.


Nadler has been representing a tortured congressional district since 1992 - that's 24 years with the same guy and no one seems to think there's a problem with that. New York City is home to some of the smartest and most dynamic people in the country and the Upper West Side can do no better than Jerry Nadler for a a quarter of a century. Is there no one else among the 1 million folks he represents that might say, "hey, Jerry's okay, but I think it's time for a new voice"? No, there is not. And that IS a problem.


The culprit is Jerry-mandering and the hideous congressional districts it creates to ensure lifelong tenure for incumbent politicians. This chicanery ensures career mediocrities a secure seat on the Acela for decades and unimpaired ineptitude for We the People who pay their generous salary. There is one brave citizen who has cast caution to the wind and is embarking on a campaign of personal destruction that is proving to be the most entertaining and consequential in living memory.


He grants no quarter in his barbarous assault and has the lazy professionals shaking in their boots. It is wondrous to behold and portends a fantastic year for this blog.