April 19, 2016
The O'Reilly Factor imploded last night with a full on "talking points" meltdown cratering the collective psyche in a toxic pit of "what happened?"at the opening that just went on and on and on until it ended like this:

"The truth is that individual motivation is being destroyed by phony politicians seeking power by promising an endless series of entitlements to a population that is moving away from achievement and into the gimme zone … gimme, gimme, gimme.
Until that deep cultural flaw is exposed, until the phonies, race hustlers and corporate greed heads are called out, we will continue to see big lies spouted by deceivers and enabled by a gutless media.
God help America." 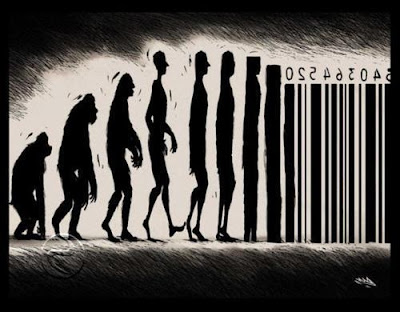 Hey, I've lived in New York City and I know how election time can take a toll on ones sanity - especially if you're a reasonably normal person who grew up in a two parent (father and mother from different sexes, like for real, a male father with a penis, chest hair, stern face, etc. and a female mother with a vagina, soft skin, loving eyes, etc) traditional "American" home where you were taught manners, industry and cleanliness. For such a person the day to day interactions with too many New Yorkers is a brutally depressing affront to common sense and human decency - and I'm not talking about the Occupy freaks milling around Union Square - I'm talking about the idiotic drivel you hear bantered about at cocktail parties, proclaimed at gala benefits, in meetings with your staff, over coffee with your neighbor. If your a Bill O'Reilly type guy there is a feeling that overwhelms you at election time in New York City and that feeling is ALIENATION. You walk alone through a crowd which will not face the truth or take any concrete action to make the situation better because they've all lost touch with the foundational concepts that the nation was built on and made it such a great place to live. I have compassion for Mr. O' because I've felt the same way myself, strolling the busy West Side marketplaces looking for someone, anyone who might understand and realizing, painfully admitting to myself, that no one was there.

Then, after the commercial break, something interesting happens - Dr. Charles Krauthammer (a trained shrink) tries to explain the why's and wherefore's to Bill and pull him (emotionally) out of the bottomless pit.


Now pay close attention to the good doctor's words because this is the standard "conservative" view regarding the post 1932 reality.


"You're right that the Founders envisioned a society built on individual liberty and choice," Dr. K began, "but back then we were a small agricultural society. It was nothing like today's multi-cultural, multi-racial, continental, urbanized society. The country made a fundamental choice in the 1930s that we needed a newly-energetic and intrusive government. That's the choice we made, there is no going back, and now the question is whether we can at least keep the behemoth in check and put restrictions on the nanny state." Krauthammer was not optimistic that the nanny state and the education system will be transformed. "It's very hard for people to come out against the teacher unions, partly because they own the Democratic Party. And people get a lot of freebies from government and they believe they need the state to do things."

All of this is conventional wisdom that is blathered out in virtually every institution that exists in the USofA.


The founding was a different time, but human beings have not changed that much over the past 250 years, even though our environment, employment, transportation and communications are very different. The idea of nanny-state government espoused by the Progressives and the southern confederacy which FDR consolidated into an unholy alliance had been championed since the founding of the nation but until 1932 the promoters of this system had always been defeated. As an aside, it must be said that even in 1776 the island of Manhattan was a hot-bed of this nanny-state ideology, filled with monarchists and loyal subjects, the average NYC citizen was not what one would call a patriot - little has changed in the ensuing 230+ years. We the People are not obligated to live under the same system that our great, great grandparents "chose" to establish in the early decades of the 20th century - no more so than they themselves were bound by 1776 or 1787 or 1865 or whenever. The "conservative" efforts to "keep the behemoth in check" are not working and the "restrictions" imposed on the nanny-state show a fundamental misunderstanding of the word nanny. The nanny doesn't take restrictions - she gives restrictions. Peoples expectations live in that gimme zone.