April 05, 2016
Big win for the #NeverTrump forces tonight in Badgerland and let's face it - they needed a win. "Never means never" as they say which is the short way of saying not ever and by ever they mean at any time, at any point, on any occasion, under any circumstances, on any account; up till now, until now. An now is today! So these guys will never vote for the Elvis from Queens and they dumped everything they had on Wisconsin to make sure the good people of the State followed their lead.

On the other hand, there are those who never say never (never never never) and like Justin Bieber and Jaden Smith will keep on fighting to Make America Great Again. 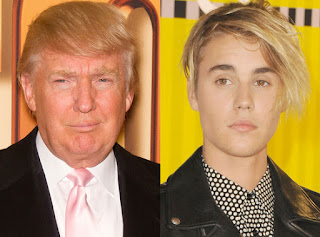 One of those die-hards is Donald J Trump himself and he did not meekly accept the Wisconsin returns.

This Trumpian response did not make the #NeverTrump crowd very happy - They never, never, never are when it comes to Trump. The only problem for the nerds trying to take Trump out is that every single word of his statement is true (as usual) and they have to lie to make him just go away - which he won't. Without Trump last nights hero, Ted Cruz, would have been spending his February and March in his Senate office trying to figure out ways to piss off his colleagues and snipe at Jeb Bush locking up the required delegates to assure Bush the GOP nomination. The #NeverTrump crowed would be ecstatic that a proven and tested conservative like JEB! will be carrying the GOP banner into battle against Hitlery who also would have secured her parties nomination by February because Bernie would have had no swagger without Trump. Cruz (and Bernie) is an opportunist reaping the benefits that a Trump candidacy has provided him and he's making the most of it but I'm sure he too never says never.