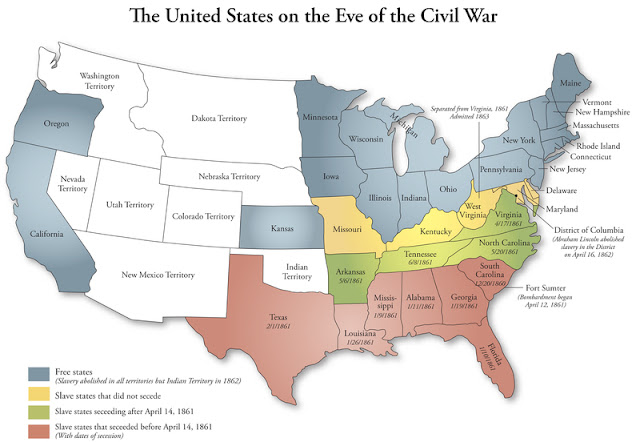 Today is the anniversary of the bombing of Fort Sumter in Charleston, SC and the beginning of the Civil War. A review of events leading up to this fateful day resonates with our current political environment and the strong arm tactics employed by both major political parties to get their way.


The Democrats met in Charleston, South Carolina, in April 1860 to select their candidate for President in the upcoming election. It was turmoil. Northern democrats felt that Stephen Douglas had the best chance to defeat the "BLACK REPUBLICANS." Although an ardent supporter of slavery, southern Democrats considered Douglas a traitor because of his support of popular sovereignty, permitting territories to choose not to have slavery. Southern democrats stormed out of the convention, without choosing a candidate. Six weeks later, the northern Democrats chose Douglas, while at a separate convention the Southern Democrats nominated then VICE-PRESIDENT JOHN C. BRECKENRIDGE.

This Democrat split opened the door for a Lincoln Presidency, while John Bell fell through the trap door. Breckenridge won most of the southern states but Douglas and Bell pulled a lot of votes (Lincoln was not even put on the ballet). And the good people of South Carolina were not even afforded a popular vote on the subject - Their betters at the State House just assigned the SC Electoral Delegates to Breckenridge. It's funny but no historian ever postulates that the civil war began because people were just fed up with their lousy political leaders and didn't like any of them because they were not respected by any of them - especially the party hacks who made a hash of legislation and court decisions.