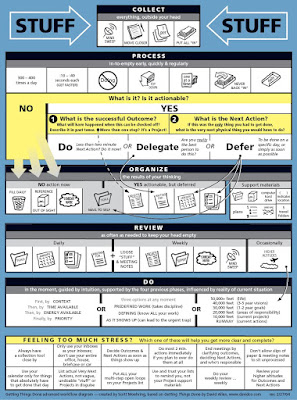 Getting things done is hard. There is a mountain of information and tasks that modern man must do in the modern administrative state and as The State grows larger the task grow more numerous and complex. Additionally, in an interconnected world there are dependancies or gatekeepers (sometimes multiple of these) that thwart or deflect a given task. Often these obstacles are not the people themselves but the long checklists of procedural tasks that must be accomplished to win approval. It's not hard to get stuck in what at times seems like an infinite loop of process rejections where a desired outcome swirls and swirls in a eddy of oblivion on the river Styx. This is where the doer comes in an makes shit happen and in so doing wins the applause of the world and respect or hatred of his/her associates. Those who can get things done keep the engine of productivity going and tug all boats in their wake. But what if we build a society where things can't get done (at least not by humans) and all incentive to actually do something is stripped of significance and value. Who will do what needs to be done?