The Chagrin that saved Christmas 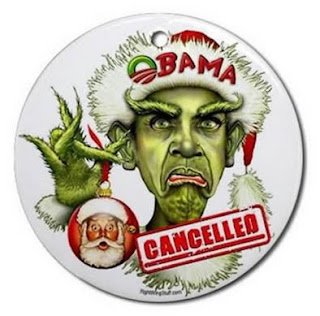 Learning is hard because it requires making mistakes and if you're the kind of person who doesn't make mistakes (which most people are) then admitting you've made one, which is the prerequisite for learning, hurts - it hurts bad. This President has been strapped to the couch and "analyzed" over and over throughout his two terms and pro or con I think most of these armchair shrinks fail to diagnose the man and his mind. His Presidential Address to the Nation last night left his supporters and critics flailing about for a very simple reason - he didn't say much of anything that he hasn't said a thousand times before and everyones already commented on those previous times with barrels of ink and mountains of bits or pixels or whatever. But there was, mixed in with all the usual cant, a glimmer of hope - the distant sound of the Whos singing far down in the valley reaching the Presidents ear and, perhaps, some growth in his heart.


"The FBI is still gathering the facts about what happened in San Bernardino, but here is what we know.  The victims were brutally murdered and injured by one of their coworkers and his wife.  So far, we have no evidence that the killers were directed by a terrorist organization overseas, or that they were part of a broader conspiracy here at home.  But it is clear that the two of them had gone down the dark path of radicalization, embracing a perverted interpretation of Islam that calls for war against America and the West.  They had stockpiled assault weapons, ammunition, and pipe bombs.  So this was an act of terrorism, designed to kill innocent people."

Hard words people - hard to speak them even if they're just scrolling on a teleprompter and hard to accept the doors those words open. It took him days to give this address - days of processing and thinking about what his administrations strategy had accomplished - and I believe that he doesn't want to ever give it again. The humbling of Barak H Obama might, just might, spur him on to coldly, mercilessly kick Jihadi ass way beyond what Geo. Bush could have dreamed of doing. The media will turn a blind eye if Obama takes off the gloves - especially if he misdirects attention with "gun control" rhetoric to keep the nattering nabobs focused on domestic politics. Watch what the Grinch does, not what he says over the next 12 months. Chances are good that he'll leave the White House and international troop deployments looking a lot like they did the day he came into office. Special Forces creeping back into Iraq, no one's leaving Afghanistan, GITMO open and taking new arrivals - An eight year pause in the long war for Western Civilization and when it's wrapping up in Dec 2016 we'll all be in a big circle singing: 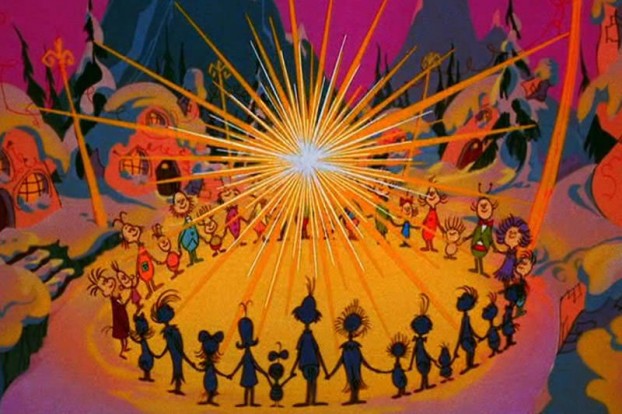