November 12, 2015
Because nothing says Christmas like PINK and ORANGE

Dunkin’ Donuts wins and Starbucks looses and like it or not Christmas is coming in a few weeks and there's nothing anyone can do to stop or start it. Just for the record, I love Christmas and think it's a great Holliday - and it is a Federal Holliday folks multi-cultural and pan-theologist as America is the entire country gets the day off on Christmas day. However, being a Federal Holliday I would also set strict parameters around when the "Christmas Season" could start and the start date would be December 21st - No X-mas music, not department store sales, no Holliday advertising, no Christmas TV shows or movies - basically no Christmas anything could be shown, heard or spoken until the Winter Solstice but then all heaven would be allowed to break loose. It would make the entire spectacle much more potent and meaningful by starting on the shortest day of the year and culminating 3 days later on the 25th of December which is the reason it falls on the day that it does - The third day of the return of light. 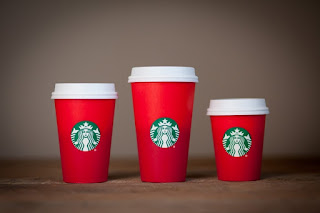 The fact that these corporate caffein pushers start marketing X-mas 6 weeks out (or more) is shameless and predictable. As for the controversy of the moment, is there anyone on earth that thinks the Red and Green cup that Starbucks is using this Christmas season does NOT say CHRISTMAS loud and clear? Is it really a Marxist Revolutionary Red Trojan Horse designed to subvert Starbucks consumers? Is the DD styrofoam cup proclaiming "JOY" with clip art greenery encircling the word like litter any better? When I'm on the road I will always stop at the Dunk instead of the Buck but only because I prefer the DD coffee - If my wife is in the car we'll be stopping at Starbucks because she prefers Starbucks. Why? Funny you should ask... 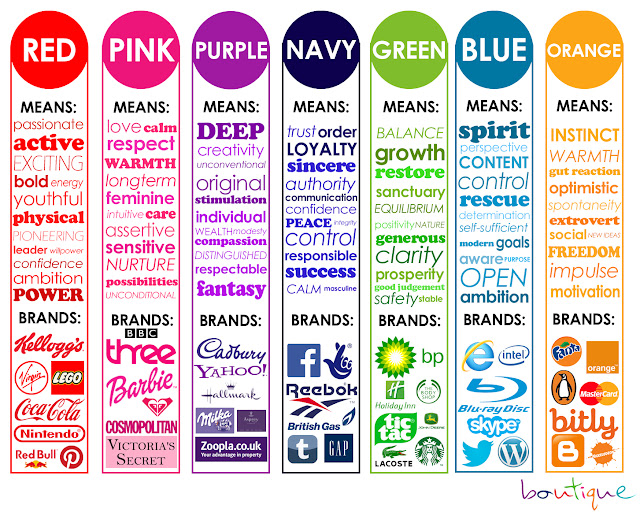 Believe it or not these gigantic food distribution stores put a lot of thought into things like the colors of their cups - the color of everything really - and I say "believe it or not" because based on the color schemes of some of these places it seems impossible that a human being was behind the design. Starbucks puts a lot of thought into the design of everything related to the experience of shopping there and my wife likes that - she hates Dunk'n Donuts and there's a reason for that too - The place is garish and ugly.  The colors, the cups, the signs and photos - all of it is horrible - all of it seems to have a design point of driving the customer OUT of the store which, being a donut store, it probably is.

Fortunately for coffee and donut fans there are American stores that are like experiencing Kristmas year round and they don't pussy-foot around when it comes to celebrating the birth of Jesus Christ. 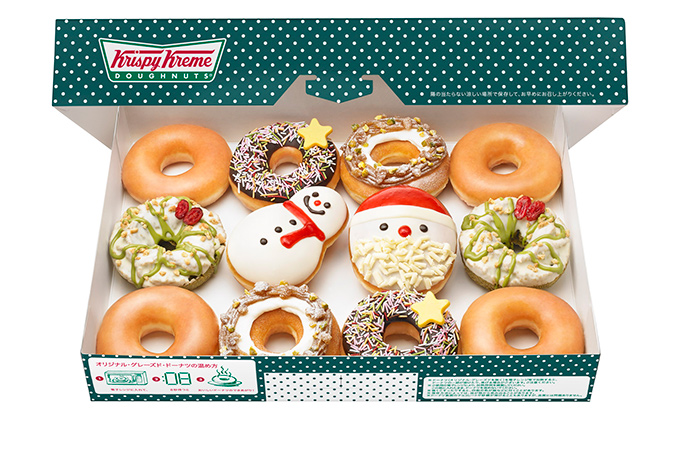